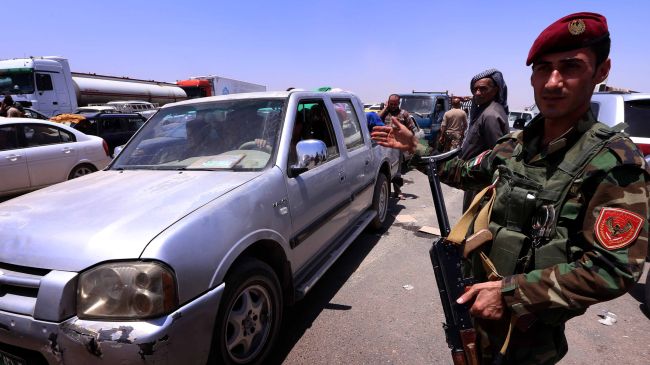 A senior Iranian diplomat warns of moves by Takfiri groups in the northern Iraqi city of Mosul, stressing that terrorists will face ultimate defeat in the country.

“Terrorists and their supporters should know that as they suffered a major defeat in Syria, their measures in Iraq will also yield no result but defeat,” Iran’s Deputy Foreign Minister for Arab and African Affairs Hossein Amir-Abdollahian said on Tuesday.

He added that the role of certain “foreign sides” in Mosul events is obvious.

“Those sides which are supporting Takfiris should be seriously concerned about anti-security measures by this terrorist current in their countries,” the Iranian official said.

He emphasized that the Iraqi army and police will strongly continue their fight against terrorist groups and expressed Iran’s firm support for anti-terrorism bids.

Al-Qaeda-affiliated militants overran the entire Iraqi city of Mosul after they took control of the governor’s headquarters, prisons and television stations.

Mosul is the second Iraqi city to fall to militants this year, after the government lost control of Fallujah in early January.

Hours after the northern Iraqi province of Nineveh was captured by a terrorist group known as the Islamic State of Iraq and the Levant (ISIL), Iraq’s Prime Minister Nouri al-Maliki declared a state of emergency on Tuesday.

Takfiri groups, including the ISIL, are reportedly coming to Iraq from neighboring Syria and Saudi Arabia to undermine security in the country.

The Iraqi prime minister has blamed Saudi Arabia and Qatar for the security crisis and growing terrorism in his country, denouncing the Al Saud regime as a major supporter of global terrorism.