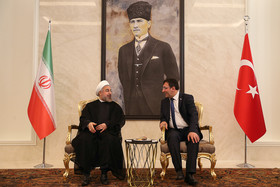 TEHRAN, June 9 (MNA) – Iran and Turkey have signed 10 accords of cooperation in a meeting both presidents attended.

The agreements reportedly were intended to ‘deepen bilateral relations between Tehran and Ankara’ more than ever.