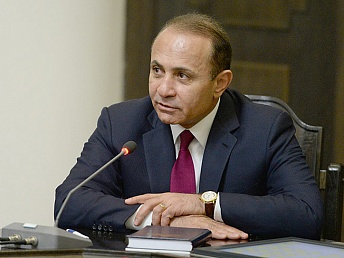 Armenian premier promises to follow all agreements with Iran

“My aim is to consistently implement all agreements reached with Iran and to develop new programs”, the premier said. He expressed confidence new achievements will be made in this direction soon, according to the report.

The premier stressed the importance of further development and expansion of relations with Iran.

The Iranian ambassador, in his turn, gave regards from vice-president of his country and expressed hopes for new results in the relationship between the countries.

Iran is interested in expanding its interaction with Armenia, the diplomat said.

There are currently a number of agreements between the sides to implement major projects, particularly in transport and communications energy sector, including construction of hydro power plants, electric mains, railroads and motor roads.