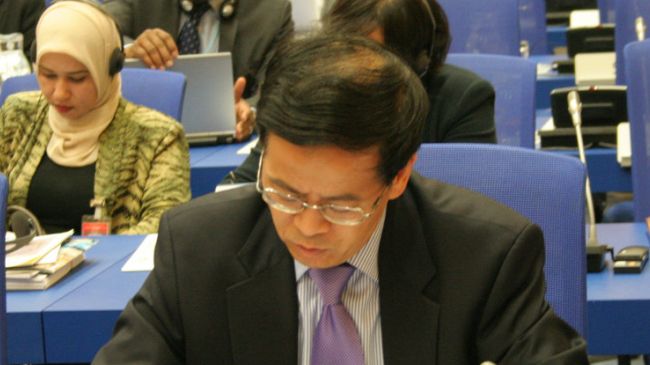 China has welcomed as a “positive step forward” the increased cooperation between Iran and the International Atomic Energy Agency (IAEA) over Tehran’s nuclear energy program.

Addressing a meeting of the IAEA board of governors in Vienna on Tuesday, Chinese Ambassador to the United Nations Cheng Jingye expressed his country’s backing for the IAEA’s May report on Iran’s nuclear energy program.

In a quarterly report on May 23, the IAEA said that Iran has been complying with the terms of an interim agreement reached between the Islamic Republic and the five permanent members of the UN Security Council – the United States, China, Russia, France and Britain – plus Germany on the Iranian nuclear energy program.

The agreement, dubbed the Geneva Joint Plan of Action, took effect on January 20 and aims to pave the way for the full resolution of the West’s decade-old dispute over Iran’s peaceful nuclear work.

The Chinese envoy further expressed satisfaction “that Iran is implementing the relevant measures set out in the Joint Plan of Action with the P5+1.”

He voiced hope that “the Agency maintains its objective, impartial and professional approach and plays a constructive role in the application of safeguards in Iran and in promoting a peaceful solution of the Iranian nuclear issue.”

Cheng described as “sensitive and complex” the Iranian nuclear issue, saying, however, that “as long as the various parties are flexible and pragmatic, accommodate each other’s concerns and move the talks forward on the basis of mutual respect and reciprocity, it will be possible to find a win-win solution.”