Leader’s adviser: Iran made scientific breakthroughs due to resistance 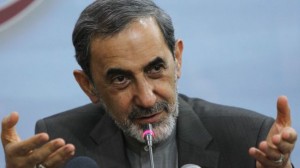 TEHRAN (Tasnim) – Iran is the leading regional country in scientific and defense fields thanks to its resistance against Western sanctions, the Supreme Leader’s senior foreign policy adviser, Ali Akbar Velayati said on Tuesday.

“We have resisted the sanctions for more than 35 years and progressed and managed to cross the path that took Westerners 300 years within 30 years. Iran is the leading countries in the scientific fields of peaceful nuclear technology, defense missile systems, and stem cells and is the most influential regional country in political sphere, “ said Velayati.

He made the comments on the sidelines of a conference dubbed Imam Khomeini and the Islamic Awakening which was held in Tehran on Tuesday.

Secretary-General of the World Assembly of Islamic Awakening also reiterated that Tehran seeks to foster brotherly ties with Islamic countries as part of efforts to strengthen unity in the Islamic world and has never been interfering in the internal affairs of other countries.

Velayati also described the Islamic Republic as the number-one power in the region which is known as an independent and mighty country among Islamic nations.