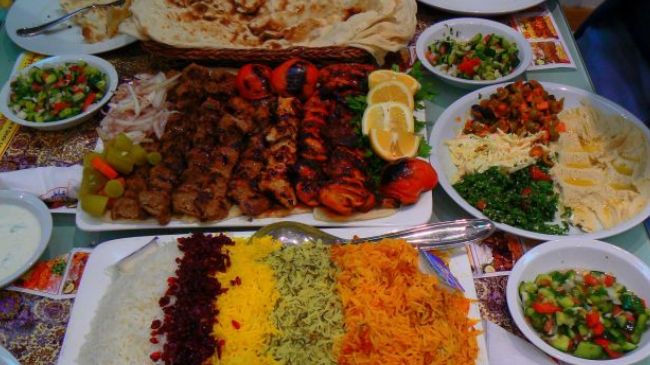 Tehran, May 31, IRNA – Situated in the Middle East, the Iranian culinary style has historically both influenced and been influenced by Iranˈs neighboring regions in various stages of history.

The cuisine of Turkey, for instance, is heavily influenced by Iranˈs, due to their geographical proximity, ethnic relations and shared empires such as the Seljuks.

Persian cuisine also influenced that of Afghanistan and has spread into all but the southernmost parts of India during the Mughal Empire. It also traveled west to influence the cuisines of Armenia, Azerbaijan and Georgia, and into the cuisines of Russia and the Soviet Union.

Many foods famously associated with Middle Eastern and world cuisine have their origins in Iran, such as kebab, ice cream and cookies.

Fresh green herbs are frequently used along with fruits such as plums, pomegranates, quince, prunes, apricots and raisins.

To achieve a balanced taste, Persian flavorings such as saffron, dried limes, cinnamon and parsley are mixed and used.