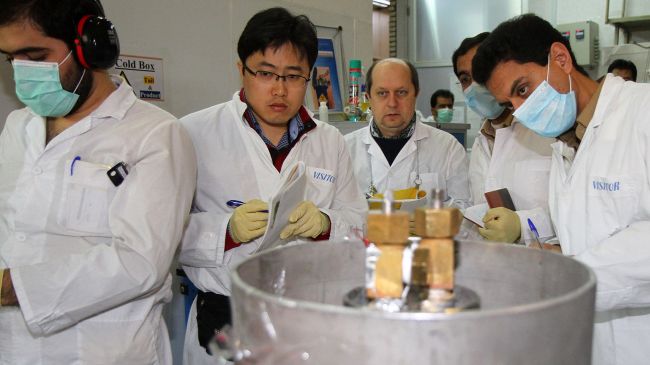 Iran has rejected as unfounded a report by The Wall Street Journal (WSJ) on its nuclear energy program.

On Tuesday, the US newspaper cited a report by the terrorist Mujahedin-e Khalq Organization (MKO) as saying that Iran “has kept active and intact its core team of weaponization researchers.”

In a statement on Wednesday, Iran’s diplomatic mission at the United Nations condemned the report as a fabrication.

It said The Wall Street Journal is repeating the claims of a terrorist group whose previous allegations proved untrue.

The MKO is listed as a terrorist organization by much of the international community and is notorious for committing numerous terrorist acts against Iranians and Iraqis.

The statement also said that Tehran has lived up to its obligations under the nuclear Non-Proliferation Treaty.

It added that Tehran expects the five permanent members of the UN Security Council — the United States, China, Russia, France and Britain — plus Germany to abide by their commitments concerning Iran’s nuclear rights, regardless of the “uproar” by anti-Iran lobby groups.

Iran and the six world powers have been discussing ways to iron out differences and start drafting a final nuclear deal that would end the West’s dispute with Iran over the country’s nuclear energy program.

Iran and the world powers reached an interim accord in the Swiss city of Geneva on November 24 last year that took effect on January 20 this year.

Under the deal, the six countries undertook to provide Iran with some sanctions relief in exchange for Iran agreeing to limit certain aspects of its nuclear activities during a six-month period. It was also agreed that no nuclear-related sanctions will be imposed on Iran within the same timeframe.