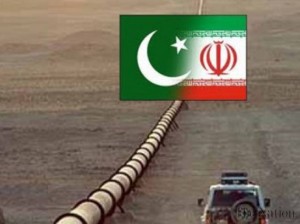 TEHRAN (FNA)- Pakistan’s former Deputy Oil Minister Golfaraz Ahmed underlined the vital importance of the Iran-Pakistan (IP) Gas Pipeline for his energy-hungry country, stressing that that it is more cost-effective than the Trans-Afghanistan Pipeline (also known as Turkmenistan–Afghanistan–Pakistan–India Pipeline or TAPI) project.

Speaking to FNA on Wednesday, the former Pakistani deputy oil minister reiterated that Pakistan should not bow to the US pressures and never quit the IP Gas Pipeline project, and said, “The IP Gas pipeline is more cost-effective than the TAPI pipeline.”

He reiterated that importing gas from Iran should be prioritized because 2,000 kilometers of the project is already complete and Pakistan only needs to construct the remaining 700-kilometer-long pipeline on its side.

“I will make my utmost effort to take the two countries’ economic exchanges back to the previous 3-billion-dollar volume and even to a higher level, and revive the gas pipeline project,” Sharif said during the meeting in Tehran.

Under an agreement between Tehran and Islamabad, Pakistan was to receive 750 million cubic feet of gas per day (mcfd) from January 1, 2015.

Later, the gas supply from Iran was to be increased to 1 billion cubic feet gas per day (bcfd). Now the import of gas under the IP project seems a non-starter.

If Pakistan fails to meet its obligation, then after the deadline, it will have to pay to Iran the huge penalty of almost $200 million a month.

The IP pipeline is designed to help Pakistan overcome its growing energy needs at a time when the country of over 180 million people is grappling with serious energy shortages but certain countries, specially the US, pressure Islamabad to abandon the project.

The Trans-Afghanistan Pipeline (also known as Turkmenistan–Afghanistan–Pakistan–India Pipeline or TAPI) is a proposed natural gas pipeline being developed by the Asian Development Bank. Expected to be completed around 2017, the pipeline will transport Caspian Sea natural gas from Turkmenistan through Afghanistan into Pakistan and then to India. Estimated cost of the TAPI pipeline project is reported at $7.6 billion.