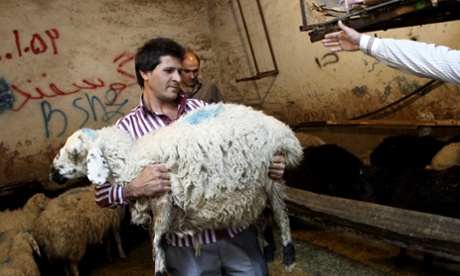 An Iranian man carries a sheep for slaughter ahead of the Muslim festival of Eid al-Adha on October 13, 2013 in Tehran, Iran. Photograph: Xinhua/Landov/Barcroft Media

Australia is set to end a 40-year boycott on live animal exports to Iran with the signing of a health protocol agreement.

However, the move has drawn criticism from anti-live export activists who claim it is a blow to animal welfare

It would be the first time in four decades that live exports to Iran could take place since the trade was banned following the Islamic revolution in the late 1970s.