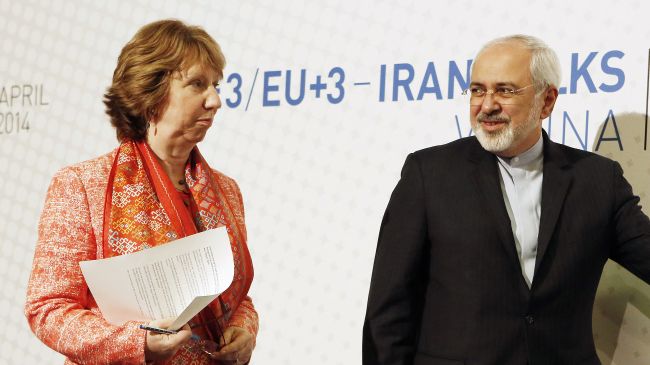 On Tuesday morning local time, Zarif and Ashton resumed a second day of closed-door discussions in the Turkish city to exchange views on the progress of ongoing nuclear talks between Tehran and the five permanent members of the UN Security Council – Russia, China, France, Britain, and the United States – plus Germany.

Zarif and Ashton also held an unofficial meeting in the Turkish city on Monday and attended a working dinner banquet later in the build-up to the upcoming round of nuclear negotiations between Tehran and the P5+1 slated to open in the Austrian capital of Vienna on June 16.

Tehran and the P5+1 have been discussing ways to resolve their differences and start drafting a final deal that would resolve the West’s decade-old dispute with Iran over the country’s nuclear energy program.

The two sides wrapped up the fourth round of nuclear talks in Vienna earlier this month.