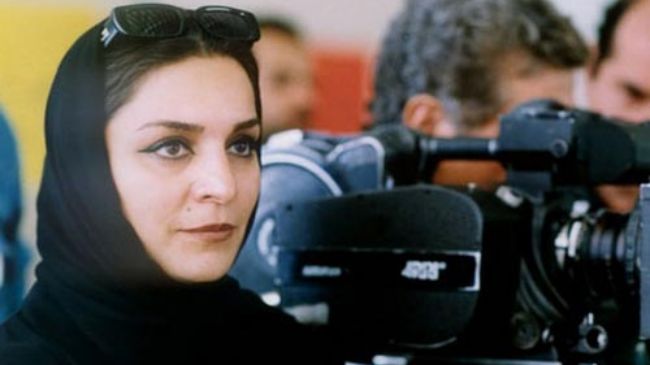 Milani is to head the festival’s jury panel including international members invited from different countries including Muna Wassef from Syria, Radwan Shaheen and Elham Shahin from Egypt, Hajar Zahawy from the UK, Reis Celik from Turkey and Shirin Jehani from Kurdistan.

A number of Iranian films are also in the lineup of the festival that will be held from May 30 to June 3, 2014.

Dance of Dust by Abolfazl Jalili, No Where No Body by Ebrahim Sheibani, Wedlock by Rouhollah Hejazi, Snow on the Pines by Peyman Moadi and The Last Winter by Salem Salavati are among the films that will represent Iranian cinema.

Milani has served in the jury panels of several international festivals so far such as the 2012 Baku International Film Festival in Azerbaijan.

Born in 1960 in Tabriz, Milani usually adopts melodramatic style in her productions and focuses on gender issues, where the feminine characters become the subject of intense oppression and discrimination.

As one of Iran’s most talented women directors, screenwriters and producers, Milani has swept numerous awards in international film festivals.

She won the awards for Best director, Best film and Best screenplay at the 51st Asia Pacific Film Festival for herUnwanted Woman in 2006.

She has also received the Grand Prix ‘Cinéma Tout Ecran’, Geneva Cinema Tout Ecran for The Fifth Reaction in 2003 and the Best Artistic Contribution prize of the 25th Cairo International Film Festival for The Hidden Half in 2001.

Milani’s latest production One of We Two was screened at the 34th edition of Mill Valley International film festival (MVFF) in the US in October, 2012.