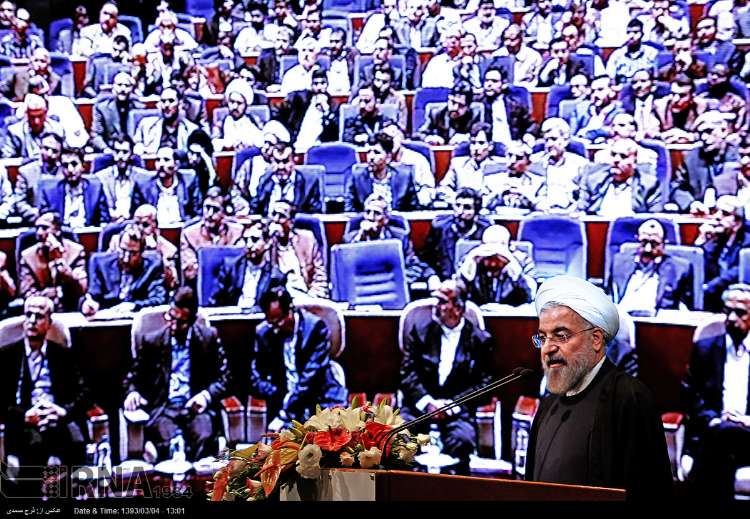 Pointing to the victory of Iran during the Iraqi dictator Saddam’s imposed war and the defeat of the Zionist regime in its 2006 war against Lebanese Hezbullah, he noted that Muslims can also defeat the western media monopoly.

Western media are technologically progressed but they can not defeat the Islamic values since they have roots in the nature of all human beings, the President added.

He noted that West aims to monopolize the modern technologies and prevent progress of the developing countries on the various pretexts.

He warned Muslim youth against western cultural raid which he said is aimed at spreading pleasure seeking approach and consumerism among them.

President Rouhani presented the proposal of “World Against Violence and Extremism (WAVE)” to the UN General Assembly on December 18, 2013. It was overwhelmingly ratified by the UNGA members.

The 7th General Assembly of Islamic Radio and Television Union opened in the presence of president Rouhani this morning.

Representatives of several radio and TV stations from 30 Islamic countries are attending the three-day event.