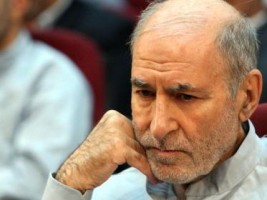 Nabavi also served as deputy prime minister in the early 1980s, when he negotiated with U.S. officials the release of American hostages held in the 1979 takeover by militant students of the U.S. embassy in Tehran.

He was arrested after opposition members denounced the 2009 re-election of former PresidentMahmoud Ahmadinejad as fraudulent.

Mousavi was the main reformist challenger of Ahmadinejad in the election.

Nabavi was part of a mass trial of more than 100 pro-opposition activists and figures that year.