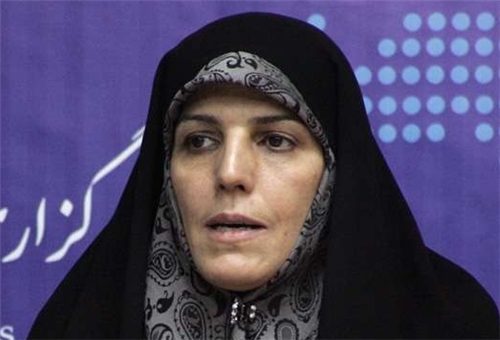 Shahindokht Molaverdi sent separate letters to the UN Women Executive Director Phumzile Mlambo-Ngcuka, Minister of Women Affairs and Social Development of Nigeria Hajiya Zainab Maina as well as the Secretariats of the Inter-Parliamentary Union (IPU), the Organization of Islamic Cooperation (OIC) and the Non Alignment movement(NAM) to condemn the anti-Islamic behavior of the Boko Haram terrorists.

Referring to the Iranian President Hassan Rouhani’s ‘World Against Violence and Extremism’ (WAVE) proposal, she called on all nations across the globe to denounce violence and extremism.

As a victim of terrorism, Iran presented the WAVE proposal to the UN General Assembly on December 18, 2013. It was overwhelmingly approved by the UNGA members.

According to Islam, women are entitled to have education, Molaverdi stressed in her letters noting what was committed by terrorist groups such as Boko Haram had nothing to do with the Islamic teachings.

She added that such acts could boost the spirit of Islamophobia and add the anti-Islamic sentimates.

On April 14, the Boko Haram terrorist kidnapped 270 girls from a secondary school.

A group of 50 abducted girls succeeded to escape.

Fears for the fate of the kidnapped girls turned even more nightmarish on May 5 when the leader of the group announced plans to sell the girls.

Boko Haram means ˈwestern education is sinˈ in the local Hausa language, and the group has claimed it is to impose a stricter enforcement of Sharia law across Africaˈs most populous nation.