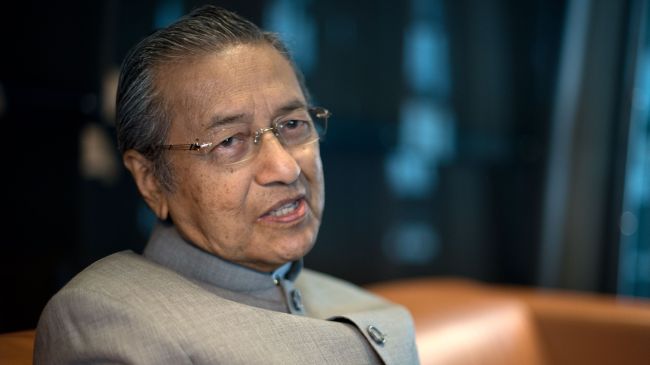 Commenting on his personal weblog on Sunday, Mahathir Mohamad questioned crash scenario for the plane.

He said CIA and the Boeing Company may be withholding data on the flight, but for some reasons, media outlets are not printing anything on this story.

The former Malaysian premier also said the plane could have been switched onto autopilot remotely by the US spy agency and may have landed somewhere, and then had its Malaysian Airlines markings removed.

“The ‘uninterruptible’ autopilot would be activated—either by pilot, by on board sensors, or even remotely by radio or satellite links by government agencies like the Central Intelligence Agency, if terrorists attempt to gain control of the flight deck,” he said.

“Clearly Boeing and certain agencies have the capacity to take over ‘uninterruptible control’ of commercial airliners of which MH370 B777 is one.”

The Malaysia Airlines Boeing 777-200ER which was traveling from Kuala Lumpur to the Chinese capital, Beijing, lost contact with Malaysian air traffic control two hours into the flight at 2:40 a.m. local time on March 8, 120 nautical miles (140 miles; 225 kilometers) off the east coast of the Malaysian town of Kota Bharu.

A multi-nation search has failed to find any clue weeks after the presumed crash.