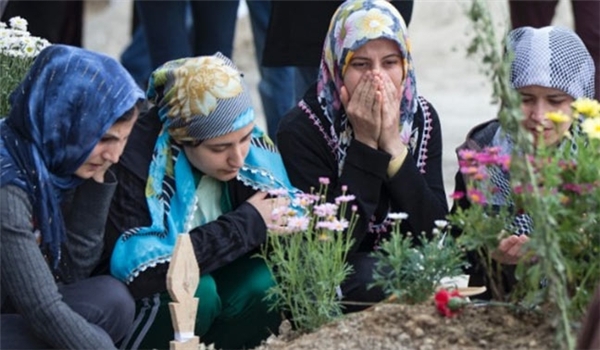 TEHRAN (FNA)- The General Manager of Soma Holdings Ramzan Dogru and the Operating Manager of the Soma Coal Mine Akin Celik were arrested on Sunday, along with 16 others who are held responsible for the mining accident in the mine, that claimed the lives of at least 284 miners last week.

“All the arrested have been brought to a courthouse where Akhisar Chief Prosecutor of the Republic Bekir Sahiner and a total of 28 prosecutors assigned to the investigation into the mining accident were taking their statements,” NSNBC International reported.

The report said that 5 of the 18 arrested were high-level managers at Soma Holdings and the Soma Coal Mine, adding, “Some of them were still in police custody on Sunday evening.”

Police cordoned of the area around the courthouse and the garden belonging to the court to protect the detainees from angry mobs. Procedures took place behind closed doors, under the exclusion of the public including members of the press.

On Saturday, a senior Soma Holding manager admitted that the mine did not have a life room available for the miners who were trapped by a fire and a cave in caused by the fire. It also transpired that the cave had been preventable, had the mine shafts been secured with steel reinforcements instead of reinforcements made of old, dry wood.