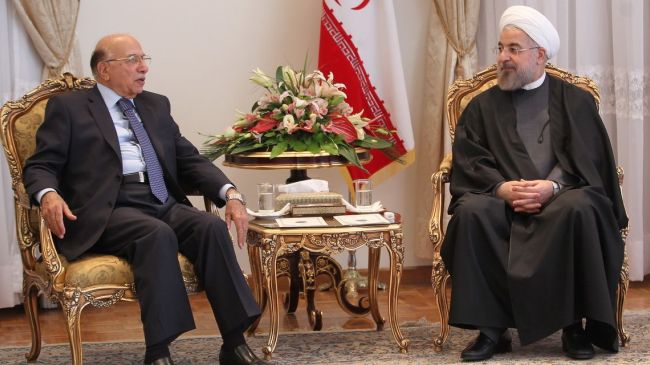 “We are happy that whereas the terrorists sought to present a turbulent atmosphere in Iraq, the Iraqi nation and government took a brave step and gave a resolute response to the ill-wishers and enemies of their (Iraqis) best interests and proved that they will not be affected by their threats,” President Rouhani said in a meeting with head of the Iraqi Supreme Judicial Council Medhat al-Mahmoud in Tehran on Sunday.

Rouhani added that the parliamentary elections proved that democracy has been institutionalized in Iraq.

On April 30, Iraq held parliamentary elections – its first nationwide polls since the US troops withdrew in 2011 – despite threats by al-Qaeda-linked militants to ruin the election process.

The Iraqi officials said earlier in May that the turnout from the elections was about 60 percent, with the Kurdish province of Irbil having the highest turnout of 90 percent.

The Iranian president further warned that terrorism has turned into a main problem in the region.

He urged all regional countries to strengthen their unity in order to “institutionalize stability and security in the region.”

“Regional nations from different ethnicities and religions have peacefully coexisted for centuries and enemies should not be allowed to turn the terrorists’ operations in the region into historical and ethnic strife and war,” Rouhani pointed out.

The Iraqi judiciary official, for his part, praised Iran’s positive role in maintaining and promoting regional stability, peace and security.

He said terrorists failed to block the parliamentary elections in Iraq, adding that the votes clearly showed that the Iraqi people are interested in democracy.

Iraqi Prime Minister Nouri al-Maliki had earlier hailed the high turnout of people in the elections, saying that the vote was a “slap in the face of terrorism.”