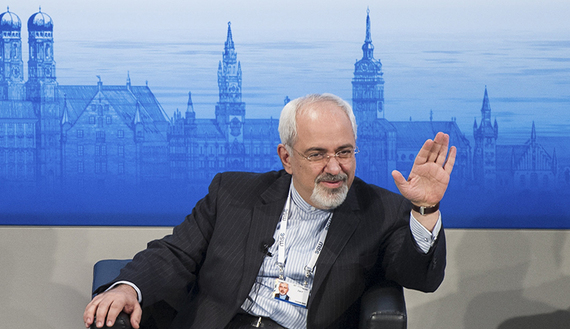 Iranian Foreign Minister Mohammad Javad Zarif said Sunday that clinching a final nuclear deal with world powers is still “possible” despite a tough round of talks this week, according to Agence France-Presse.

“Agreement is possible. But illusions need to go. Opportunity shouldn’t be missed again like in 2005,” Zarif said on Twitter, referring to Iran’s long-stalled dispute with world powers over its suspect nuclear program.

Iran and six world powers ended a fourth round of nuclear talks in Vienna on Friday with “no tangible progress”.

Britain, China, France, Russia, the United States and Germany — known as the P5+1 group — want Iran to radically scale back its nuclear activities, making any dash for an atomic bomb virtually impossible and easily detectable.

The parties want to clinch a deal by July 20, when a November interim deal expires, under which Iran froze certain activities in return for some relief from crippling Western sanctions.

In return for further concessions, the Islamic republic, which denies seeking an atomic weapon, wants the lifting of all UN and Western sanctions, which have caused major damage to its economy.

Meanwhile, a senior Iranian nuclear negotiator Abbas Araghchithe announced that the next round of nuclear talks between Iran and six world powers will take place in Vienna on June 16-20. .

In a similar development, Iranian media reported that an International Atomic Energy Agency (IAEA) delegation would visit Tehran on Monday to discuss Iran’s nuclear work, according to Reuters News Agency.

In Vienna, there was no immediate IAEA comment, but diplomatic sources on Friday said a meeting early this week was expected. Iran has offered to work with the IAEA in clarifying what the U.N. agency calls the possible military dimensions of the country’s nuclear program.

The talks between Iran and the nuclear watchdog will last one day and “will summarize the 13 measures that Iran has taken in different forms during its cooperation with the agency,” Iran’s Atomic Energy Organization spokesman Behrouz Kamalvandi said, according to the Iranian Students’ News Agency.

The IAEA-Iran talks are separate from those between Tehran and six world powers aimed at reaching a broader deal to settle the decade-old nuclear dispute by July 20.

But they are complementary, as both focus on fears that Iran may covertly be seeking the means and expertise to assemble nuclear weapons.