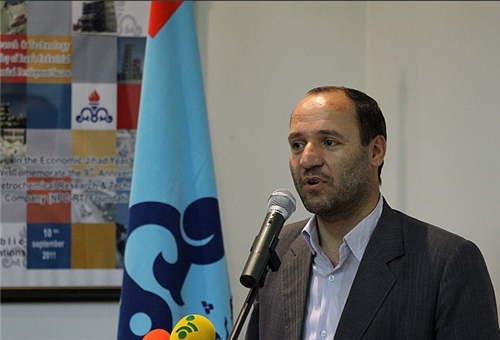 TEHRAN (FNA)- Head of the Petrochemical Research and Technology Company Gholamreza Jokar announced on Sunday that India, Iraq and Turkey are in talks with Iran over the purchase of Iranian catalysts.

“We are marketing in India, Iraq and Turkey to export petrochemical catalysts,” Jokar said, adding that export of the catalysts will be even increased to higher levels once the petrochemical industry satiates domestic needs.

Noting that Iran has commercialized 27 of the 117 catalysts used in the oil, gas and petrochemical industries, he said 35 catalysts are also waiting for commercialization and mass-production.

In relevant remarks in June, Iran’s Deputy Oil Minister Abdolhossein Bayat said the country has mastered catalyst production technology used in the petrochemical industry, and is ready to supply other countries, including the US, with these catalysts.

“We have been using home-made catalysts for years in some petrochemical industries, which have been enlisted in the (West’s) list of sanctions and we mass produce this product which has caused a surplus more than our needs; so we are ready to sell these catalysts that were previously imported to the American companies,” Bayat, who is also managing-director of the National Petrochemical Company (NPC), told FNA at the time.

Reiterating the high power and capacity of Iran’s petrochemical sector, he noted that Iran exported about 16 million tons of its petrochemical products to over 60 countries last year.

Also last May, Bayat said, “Today, Iran’s oil industry is moving towards progress and development and the petrochemical industry is reaching self-sufficiency in catalysts.”

“We have so far indigenized 10 cases of technical knowhow required for the petrochemical industry and Petroleum Ministry is ready to support financiers who intend to commercialize technical savvies,” said Bayat.

“Our country is ready to produce many catalysts and sell them at prices much lower than those offered by international rivals,” he said.

“We have to move towards generation of national wealth and full self-sufficiency in the catalysts industry,” he added.