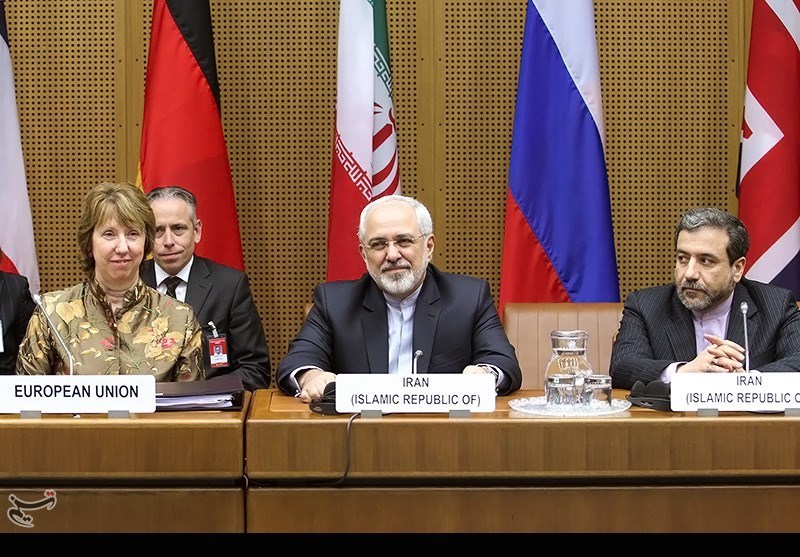 Talks between the Iranian and G5+1 delegations will start at the end of Zarif-Ashton negotiations.

Zarif and Ashton are to continue talks on issues disscussed in yesterdayˈs sessions.

On Wednesday, the two sides held two mornign and afternoon sessions to compile a draft text for a comprehensive agreement.

Zarif arrived in the Austrian capital on May 13 for talks with the six western powers (US, Britain, Russia, France and China plus Germany) to hammer out a final nuclear agreement by the end of the six-month interim accord set to expire on July 20,

The negotiations between Iran and the sextet is focused on drafting a final deal that will ultimately provide a comprehensive solution to the Iranian nuclear issue.

The talks between Tehran and the G5+1 are part of efforts to seal a final deal on Iran’s nuclear energy program.

Iran and the Group 5+1 representatives had several sessions of talks in Vienna on March 18-19 too.

Following the breakthrough interim agreement between Iran and the six powers, the two sides accepted to send their senior negotiating teams to monthly meetings to discuss a final and comprehensive deal until July. If the seven nations fail to agree on a final deal by then, the Geneva interim agreement will be extended for another 6 months.

On November 24, Iran and the Group 5+1 sealed a six-month Joint Plan of Action to lay the groundwork for the full resolution of the West’s decade-long dispute with Iran over the latterˈs peaceful nuclear energy program.