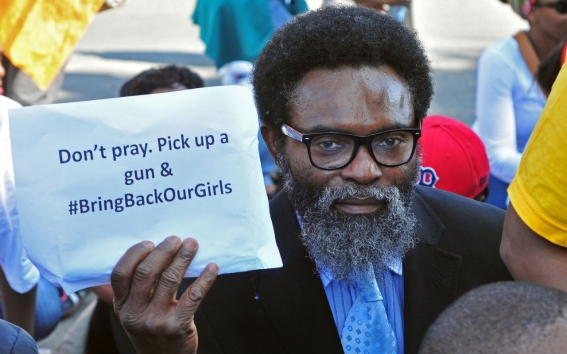 Vigilante villagers in northern Nigeria have killed and detained scores of people they suspected to be Boko Haram fighters planning a fresh attack, residents and a security official said, after the radical group kidnapped more than 300 schoolgirls last month and is believed to be holding more than 250 of them captive in a remote forest.

People living in the country’s northern states have been forming militia groups in various areas to resist advances by Boko Haram, an armed group that wants to establish a state in northeastern Nigeria ruled by conservative Islamic law.

In Kalabalge, a village about 155 miles from the Borno state capital of Maiduguri, residents said they were taking matters into their own hands because the Nigerian military was not doing enough to stem Boko Haram attacks.

The vigilantes detained at least 10 people and killed scores of others, the official said, speaking on condition of anonymity because he is not authorized to give interviews to journalists. An Al Jazeera source said that at least 41 alleged Boko Haram fighters were killed. It was not immediately clear where the detainees were being held.

Kalabalge trader Ajid Musa said that after residents organized the vigilante group, “it is impossible” for Boko Haram to successfully stage attacks there.

“That is why most attacks by the Boko Haram on our village continued [to] fail, because they cannot come in here and start shooting and killing people,” he said.

Borno is where more than 300 girls were abducted last month, and is one of three Nigerian states where President Goodluck Jonathan has imposed a state of emergency, giving the military special powers to fight Boko Haram, whose stronghold is in the northeast.

Britain and the United States are now involved in the effort to rescue the missing girls. U.S. Attorney General Eric Holder said FBI agents and a hostage negotiating team are in the country now, providing technology and other materials and working with “our Nigerian counterparts to be as helpful as we possibly can.” U.S. unmanned aircraft are flying over Nigeria in search of the missing girls.

The group kidnapped the girls on April 15 from a school in the village of Chibok. At least 276 of them are still held captive, with the group’s leader threatening to sell them into slavery. In a video released on Monday, he offered to release the girls in exchange for the freedom of jailed Boko Haram members.

A Nigerian government official has said “all options” are now open — including negotiations or a possible military operation with foreign help.