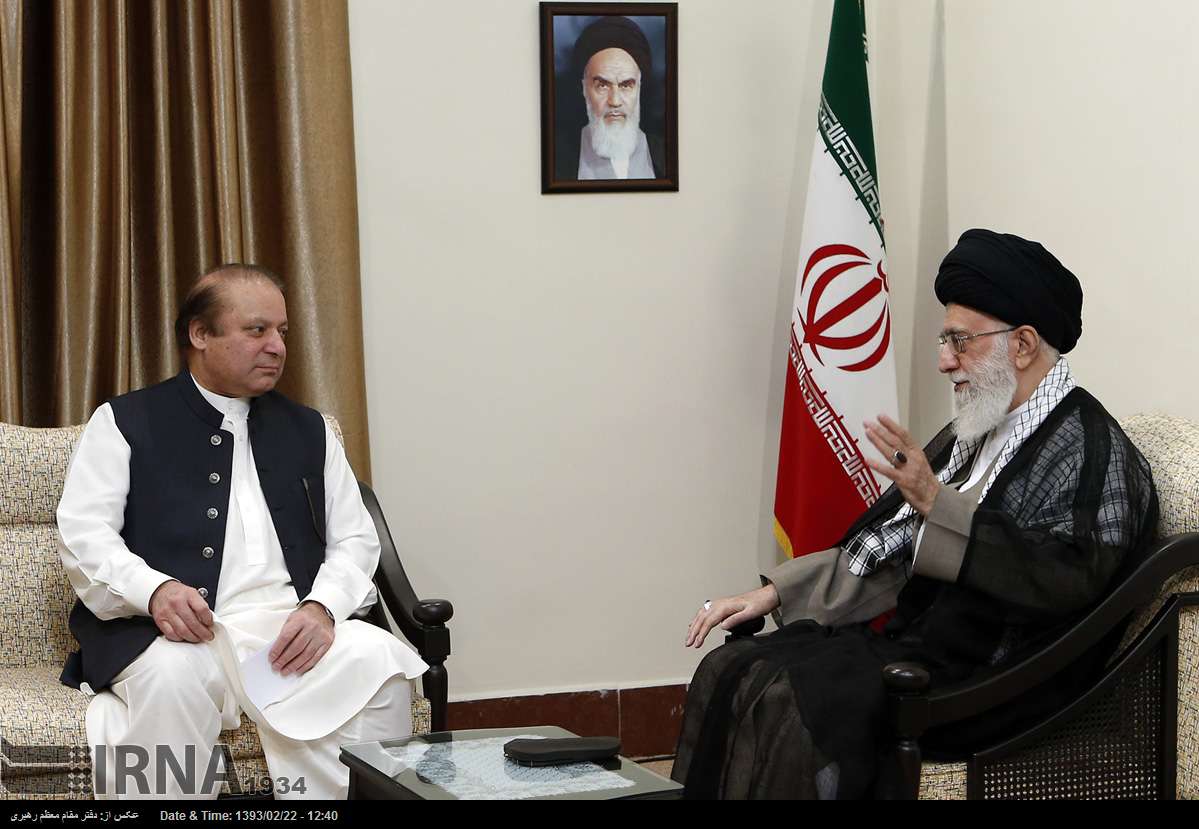 Pakistani premier, heading a high ranking delegation, arrived in Tehran on Sunday on a two-day visit.

Prime Minister Sharif’s visit to Tehran is his first since the formation of new governments in the two neighboring countries.

Several memoranda of understanding (MoUs) and agreements for mutual cooperation in different sectors were signed during the visit.

President Hassan Rouhani and Nawaz Sharif discussed issues of mutual interest in a meeting held on Sunday at the Cultural Historical Complex of Sadabad in northern Tehran.

In his meeting with the Iranian Foreign Minister Mohammad Javad Zarif held on Sunday, Sharif discussed issues of mutual interest.

The Pakistani official left Tehran for the holy city of Mashad in northeastern country on Monday.