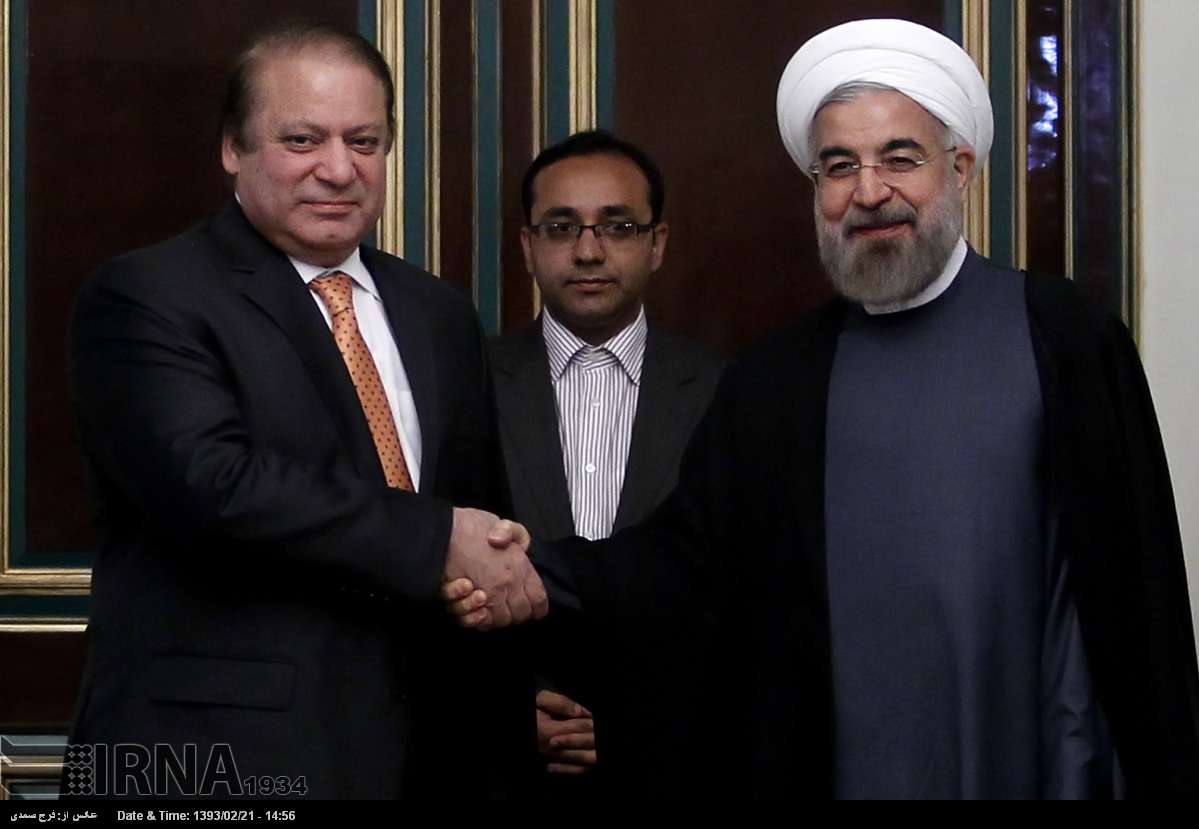 Islamabad, May 12, IRNA – All major Pakistani newspapers and TV channels’ websites on Monday highlighted the meeting held between Iranian President Hassan Rouhani and Pakistani Prime Minister Nawaz Sharif in which they had agreed to continue Iran-Pakistan gas pipeline project.

Another daily ‘The News’ reported that Prime Minister Sharif and President Rouhani have agreed to continue with the Iran-Pakistan gas pipeline project, as it was beneficial for the people of both countries.

Quoting President Rouhani as saying that peace in the region was their common goal, the daily wrote that the Iranian President vowed support for Pakistan to become developed and more secure. Both leaders also discussed joint borderˈs security.

ˈExpress Tribune’ in its story said that Pakistan and Iran have agreed to press ahead with a multibillion-dollar gas pipeline project.

President Rouhani said, “Iran and Pakistan are two great Muslim countries that are able to uproot terrorism and violence in the region by inviting other regional states to enhance intelligence, security and operational cooperation,” the daily wrote.

Daily ‘The Nation’ reported that PM Sharif and President Rouhani agreed to continue with Iran-Pakistan gas pipeline project. They also reiterated their commitment to enhance bilateral trade between the two countries.

‘Daily Times’ reported that Nawaz Sharif and the Iranian President have agreed to continue with Iran-Pakistan gas pipeline project, terming it beneficial for the peoples of both countries.

President Rouhani affirmed his government’s support, adding that peace in the region was their common goal.

‘Business Recorder’ reported that Pakistan and Iran agreed to give impetus to gas pipeline project.

Nawaz Sharif, in a meeting informed the Iranian President that he was in Iran with his team of finance, petroleum and interior to resolve all the matters which were creating hindrance in the project, the daily added.

Both leaders reiterated their commitment to enhance bilateral trade between the two countries during the meeting, held at Saadabad Palace.

‘Daily Times’ in its editorial comments termed the PM’s Iran visit as an important step in building trust with Iran.

Enhanced economic ties, increased bilateral trade through improved physical connectivity such as roads, rail and communications, etc are the main agenda for discussion between the two sides, the paper noted.

Pakistan needs peace within and with its neighbors to extricate itself from the crisis that has the country in its grip.

‘The Nation’ in its editorial comments said that after almost a year since the change of government in both countries, Nawaz Sharif is visiting Iran, in a bid to improve ties between the two countries.

‘Radio Pakistan’ website reported on Monday that Pakistan and Iran have signed eight agreements and memorandums of understating in different fields to further strengthen bilateral relations.

In another story ‘Radio Pakistan’ said that Prime Minister Sharif and the Iranian President held talks covering all aspects of bilateral relations in Tehran.

Nawaz Sharif extended invitation to President Rouhani to visit Pakistan which was accepted, it added.

ˈPresident Rouhani said Pak-Iran relations have historical connection. They have common traditions and relations based on the Holy Quran and the traditions of the Holy Prophet (PBUH). He hoped that the visit would further boost the brotherly relations between the two countriesˈ.

‘Samaa Tv’ and ‘PTV’ websites also referred to the important meeting held between Sharif and Rouhani and said both leaders reiterated their determination to increase volume of bilateral trade to five billion dollars. They also agreed to continue Pakistan-Iran gas pipeline project, it added.

In another story ‘PTV’ said that PM Sharif and President Rouhani agreed to continue with the joint gas pipeline project as they believed it was beneficial for the people of both countries.