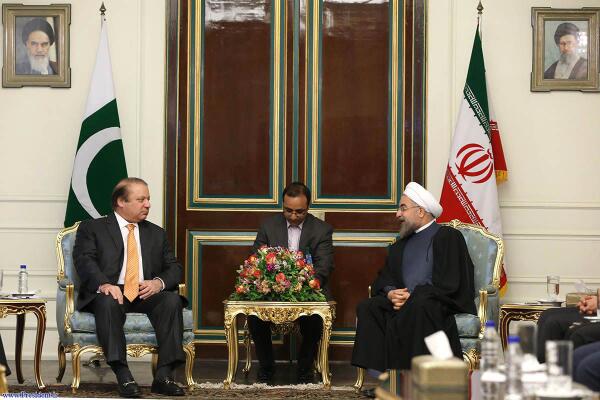 Tehran, May 11, IRNA – President Hassan Rouhani and visiting Prime Minister of Pakistan Nawaz Sharif discussed issues of mutual interests in a meeting held on Sunday at the Cultural Historical Complex of Saadabad in northern Tehran.

Prime Minister Sharif is to take part in a dinner banquet given to his honor by President Rouhani.

Prime Minister Sharif’s visit to Tehran is his first since the formation of new governments in the two neighboring countries.

Several memoranda of understanding (MoUs) and agreements for mutual cooperation in different sectors are to be signed during the visit.