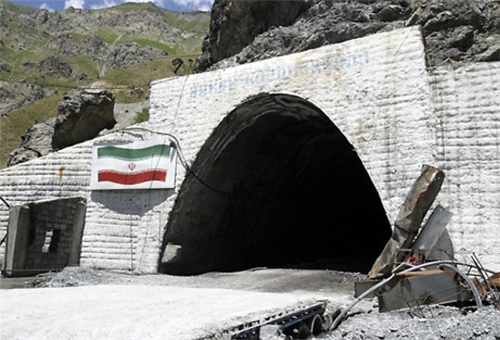 Envoy: Iran to complete Tajikistan’s independence tunnel by next year

“During the recent visit of Tajik Transport Minister Khayrullo Asoev to Tehran and his meetings with senior Iranian officials about final works on the tunnel, the two sides agreed that Iranian experts resolve the problems of the project in several phases; on the same basis we hope to accomplish the project by the next year,” Sadri told FNA in Dushanbe on Wednesday.

He pointed to the successful implementation of Tajikistan’s Sangtoudeh-II power plant project by Iran, and said, “Iran enjoys high-level expertise in the construction of hydroelectric power plants in the world and two Iranian companies, namely Farab and Ab-Niroo, are ready to be active partners in such projects in Tajikistan.”

In April 2013, Iran and Tajikistan signed a Memorandum of Understanding (MoU) to complete a strategic tunnel in the Central Asian country.

The spokesperson for the lower house of Tajikistan’s parliament Muhammadato Sultanov told reporters at the time that the $3bln agreement was signed by the two countries to complete Anzob or Istiqlol (independence) tunnel.

He added that the Tajik minister of transport had briefed the Tajik lawmakers about the project and presented them with the relevant documents.

The tunnel connects the Tajik capital to the country’s second largest city, Khujand, travel to which, prior to the tunnel’s construction, required travelers to cross the border into Uzbekistan in order to travel between the two cities.

It is also a transit route between Dushanbe and Uzbekistan’s capital Tashkent. Prior to construction of the tunnel, especially during winter, the threat of year-round avalanches led to periodic disruptions of commerce.

Last month, Iranian experts completed the second phase of the Sangtoudeh-II power plant in Tajikistan and connected it to Tajikistan’s national power grid.

Two 110MW units of the power plant are now supplying power to the national power grid.

Mehdi Malekpour, the director of Sangtoudeh dam and power plant, said all the designing and building operations have been conducted by Iranian engineers.

The first turbine of Sangtoudeh-II power plant, some 180 kilometers from the capital, Dushanbe, was inaugurated in 2011 simultaneous with Tajikistan’s Independence Day.

The Iranian contractor will hand the plant to Tajikistan in 12 years.

Iran has contributed $180bln to construction of Sangtoudeh-II and Tajikistan’s share is $40bln.