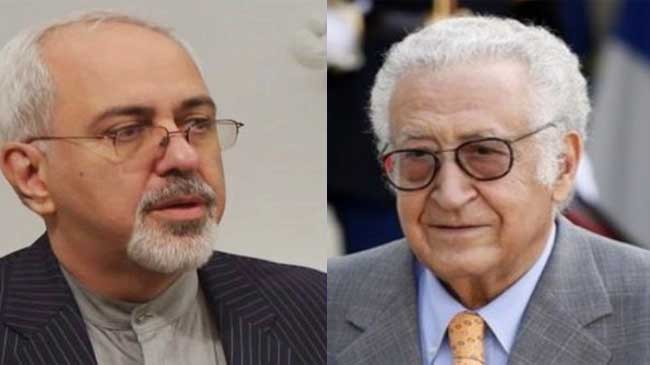 In a phone conversation on Monday, Brahimi and Zarif discussed the latest developments in Syria and underlined the necessity for a political solution as the best way to settle the crisis in Syria.

Zarif hailed efforts by the UN special envoy to help find a peaceful solution to the conflict in Syria.

Syria has been grappling with a deadly crisis since March 2011. Reports say over 150,000 people have so far been killed and millions displaced due to the foreign-backed violence.

The Western powers and their regional allies – especially Qatar, Saudi Arabia, and Turkey – are reportedly supporting the militants operating against the Syrian government.

Iran has repeatedly voiced its opposition to any foreign interference in Syria’s internal affairs, calling for inclusive dialog and national reconciliation as well as free elections as the key to the settlement of the crisis in the country.