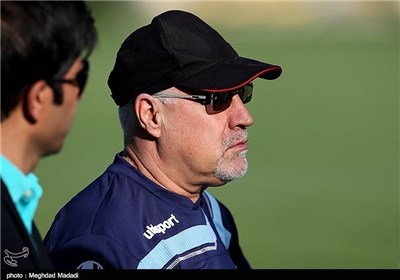 “We took our first step toward the 2016 Olympic Games on Saturday. Our goal is to advance to the Olympics. The 2014 Asian Games are ahead us and in the next several months we have the opportunity to choose our best selection,” the Iranian football team coach, Nelo Vingada, said.

“The camp is part of our preparation and everybody has to know we need more time to find out more about our starting lineup.”

He added that some of key players are also participating in the national football team’s training camp.

“We have to wait for them,” the Portuguese said.

“I am proud to be here and proud to serve as the coach of Iran’s Olympic football team. I will talk to Mr. Ayatollahi (the vice-president of Iran Football Federation) in a meeting and will discuss about the teams we could play friendlies with them. I think we could play four or five friendly matches,” Vingada said.