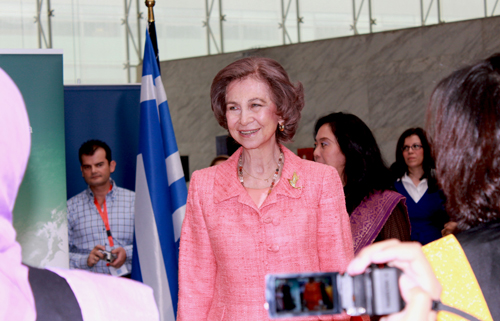 Tehran, April 30, IRNA – Queen Sofia of Spain appreciated Iranian art, particularly the handicrafts, during her visit to the Diplomatic Charity Bazaar in Madrid.

The 21st bazaar was held with participation of craftsmen from 50 countries.

Queen Sofia visited the Iranˈs pavilion to become familiar with handicrafts such as miniature tableaus as well as tourist attractions and traditional cuisines.

Iran’s Ambassador to Madrid Mohammad Hassan Fadaiefard briefed the queen on the products on display at the Iranian pavilion which was one of the largest in the bazaar.