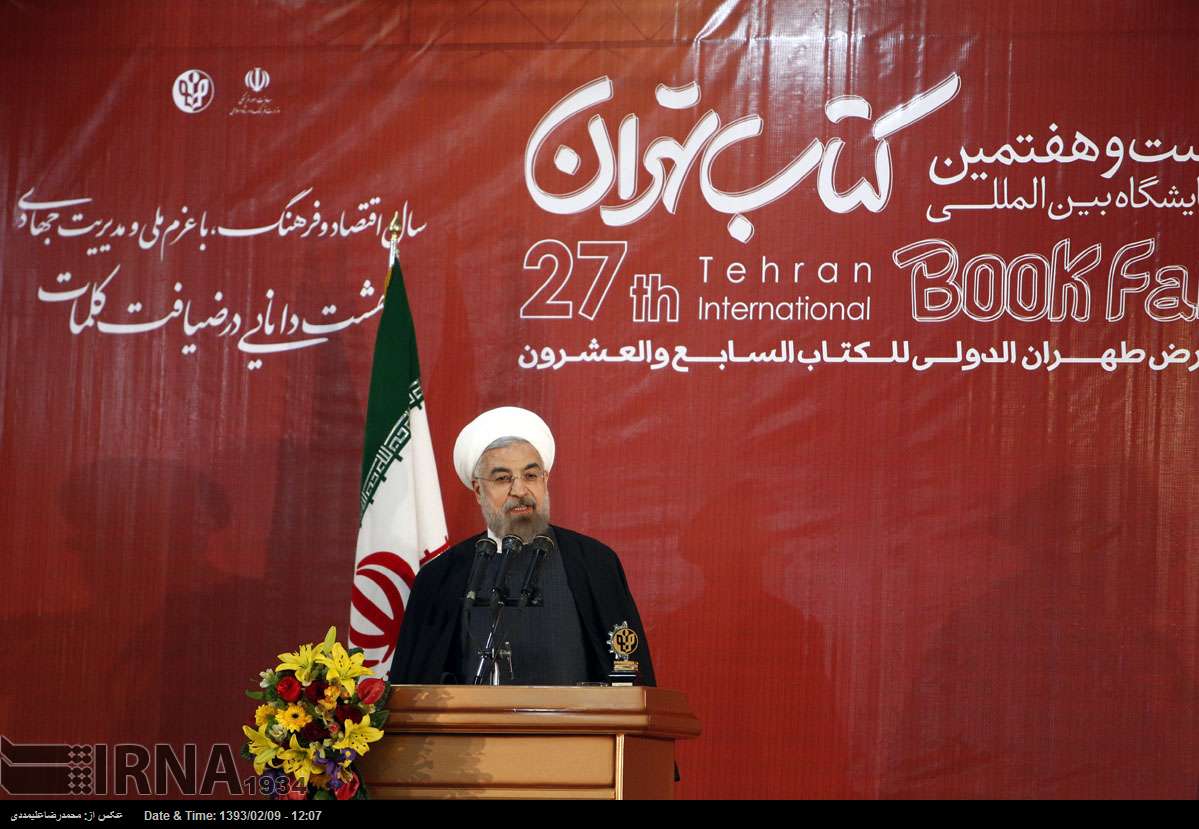 Rouhani calls for ‘freedom of expression’ for publishers, writers

TEHRAN, April 29 (MNA) – Iran’s president has said to celebrate books, the government should guarantee the ‘freedom of speech’ for creators of cultural products.

Rouhani asserted that books embodied the human thinking and reason. “To the extent that thinking is respected, the thinkers themselves and their products, that is, books, should inspire respect and honor,” he added, “however, to respect the cultural producers is impossible only through lip service; the law and the government should work to support and protect the place and the dignity of authors and cultural creators; without freedom of speech, no thinking and idea would be created in the books’ pages or virtual electronic pages.”

Rouhani believed that just as Islam was not to a specific geography and ethnicity, “books belonge to all humanity and thus it should not tolerate restrictions and bias; books transfer us past cultural heritage, inviting us not to forget our future, and to re-read and re-understand our past,” Rouhani told in the opening ceremony.

Rouhani emphasized that if books were to advance the society, “it should be along with true criticism; thought and criticism are twin factors which complement each other; no criticism would survive and work without thinking; neither any thinking would wield even trace of impact without criticism,” he said.

“We should provide the atmosphere so that the writer and critic think and pen down their thinking and critiques free from any restrictions and threat of censure,” he added and that “we believe criticism is the right of all groups; however, those who consume public money should not use the platform for uttering false criticism and defamation would mislead people to wastelands through figments of their petty imaginations.”

Rouhani went on to say that if some ‘specific groups’ sought to ‘impede people’s moral excellence,’  should remember that the current year was the year of ‘culture and economy,’ not the ‘year of lies; defamation; and false flags.’