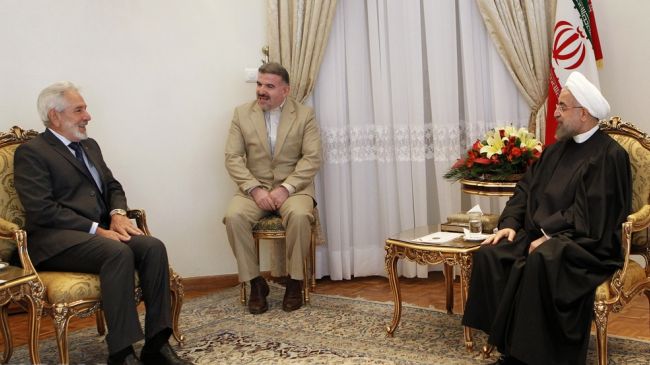 Iranian President Hassan Rouhani has called upon Nicaraguan authorities to prepare the necessary ground for active participation of Iranian businessmen and investors in the Central American country’s trade sector.

“Detailed information about proper grounds in Nicaragua for the presence of private sector and Iranian investors must be offered to them,” Rouhani said in a meeting with Nicaraguan Foreign Minister Samuel Santos Lopez in Tehran on Monday.

He also pointed to deep-rooted cultural bonds between the two countries, stressing the need for expansion of Tehran- Managua ties.

The Iranian president further stated that the principled policies of Iran and Nicaragua are based on independence and resistance against interventionist powers, noting that the two countries are located in two sensitive regions of the world and have always supported each other in international bodies.

Lopez, for his part, called for enhancement of all-out relations between Nicaragua and Iran, making a reference to suitable grounds for foreign investment in his country and expressing Managua’s willingness to host Iranian firms and investors.

In recent years, Iran has been seeking to enhance its relations with Latin American countries within the framework of international organizations such as the Non-Aligned Movement (NAM), whose rotating presidency is currently held by the Islamic Republic.