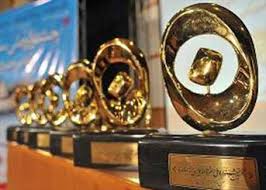 TEHRAN, April 20 (MNA) – Nasir Khosrow Travelogue festival will host teens in its third and special section to attend with their travelogue items.

Reza Dabirinejad, the secretary of the third Nasir Khosrow Travelogue festival told Mehr News that in the special section, “teens should sent their art works such as written pieces, photos, and paintings to the secretariat of the festival by May 21st.”

“The spread of public travelogue writing is a welcome event, since it helps collect large amounts of data about different regions of the country and improve the public’s information, thus lend an additional aspect to the very travelling as promoting our understandings of the nature,” said the secretary of the festival.

“Doing so will help a boom in tourism industry. Reaching to such point will only be possible through educating the young generations the culture of travelling and writing travelogue,” Dabirinejad asserted.

He added that teens aged 8-15 years of age could sent their travelogue items to the secretariat by May 22, and it should bear “the name, age, and contact number, and should indicate that the work is intended for teens section.”