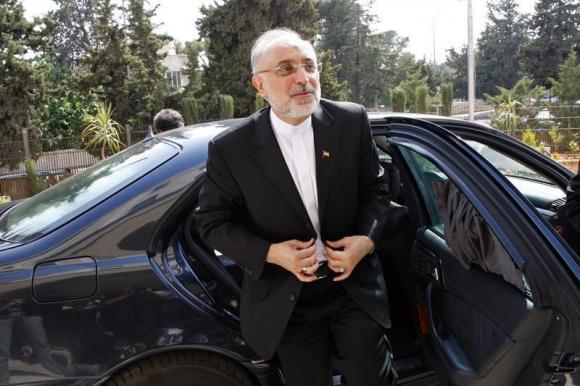 Iran says it watered down, converted over 200 kg of enriched uranium

(Reuters) – Iran said on Saturday it had completed watering down and converting more than 200 kilograms (440 lb) of enriched uranium under a deal reached in Geneva last November with world powers over its disputed nuclear program.

“Based on the agreement with the West, we were supposed to have half of our 200 kilogram stock of uranium diluted and the other half converted to uranium oxide,” Iran’s atomic chief, Ali Akbar Salehi, told the Arabic-language Al Alam television channel.

The International Atomic Energy Agency said on Thursday that Iran has acted to cut its most sensitive nuclear stockpile by nearly 75 percent in implementing a landmark pact with world powers, but a planned facility it will need to fulfil the six-month deal has been delayed.

Salehi, who heads the country’s atomic energy organization, said the fast process of uranium conversion was expected to expedite the release of frozen Iranian assets in the West.

Under the breakthrough agreement that took effect on January 20, Iran halted some aspects of its nuclear program in exchange for a limited easing of international sanctions that have laid low the major oil producer’s economy.

If it complies with the interim deal, Iran will get a total of $4.2 billion in revenues long frozen oversees, in eight instalments over the January-July period. Including Japan’s latest payments, it has received $2.55 billion. South Korea, another importer of Iranian oil, has made one payment.

Salehi also said Iran would be ready within a month to answer all six questions raised by the IAEA about Iran’s suspected nuclear activities.

“We don’t have any more problems with IAEA on the nuclear issue. There are no more questions that we haven’t answered. In other words, we can say Iran’s nuclear activities is a closed case already,” he said.

Speaking about the Arak nuclear reactor, a major bone of contention in the last round of talks in Vienna, Salehi said Tehran had offered to redesign the core of the heavy water reactor to reduce plutonium output to one-fifth of its output capacity.

“We are studying changing the fuel cycle from natural to enriched uranium of between four to five percent. The other side has been informed of our plan and they welcomed the idea, as it removes their concern over plutonium output.”