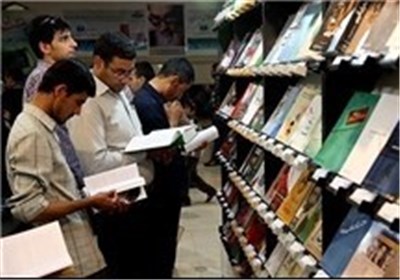 This edition of the Tehran book fair will have pavilions in which delegates from Frankfort, Tokyo, Algeria, Kuwait and Afghanistan book exhibitions will showcase the top works published in their respective country.

Meanwhile, representatives of the London, Paris and Bologna book fairs will be absent from the event this year.

The 27th Tehran International Book Fair is scheduled to take place from April 30 through May 10, 2014.

It will host numerous Iranian and international publishers as well as book lovers.

117 foreign publishers, including 62 from Arab countries, have registered for taking part in the major cultural event.

The Fair is considered the most significant event of its kind in Asia and the Middle East and a significant venue for publishers and book lovers to exchange opinions and experiences.