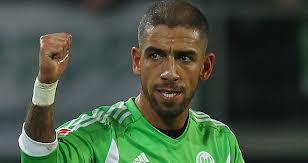 Dejagah: Iran, not Nigeria, will qualify with Argentina

Vanguard, Ben Efe – Nigeria and Iran will open the Group F of the 2014 World Cup on June 16 and both countries’ football officials and players know that a bad start will spell doom for their campaign, most especially when Argentina have been tipped to clinch the top spot in the group.

Iran midfielder, Ashkan Dejagah who plays for Fulham in the English Premiership said that Team Melli, as the Iranian national team is called, will be the one to qualify alongside Argentina. He stated that Iran has talents to stop Nigeria and Bosnia and progress.

“We can go there and just play. If we get into the next round, it’ll be the first time for Iran. Argentina will go through as group winners, but against Nigeria and Bosnia we have a chance. Why not? We have a talented team,” the player was quoted by Iran news agency.

Iran are currently in South Africa training with 11 players, after Iranian club side Sepahan refused to release its players for the tour. Coach Carlos Queiroz has since dropped the players from his team. The team will remain in South Africa till May 6.

Nigeria Football Federation, NFF secretary-general, Musa Amadu stressed the need for Nigeria to take all three points from the game against Iran, because a win will almost guarantee a good outing for Nigeria in the group. Iran coach Queiroz is also targeting a win against Nigeria.

Meanwhile group favourites Argentina are sweating over the form of Lionel Messi, the fitness of Fernando Gago and panic over a hamstring suffered by Sergio Aguero.