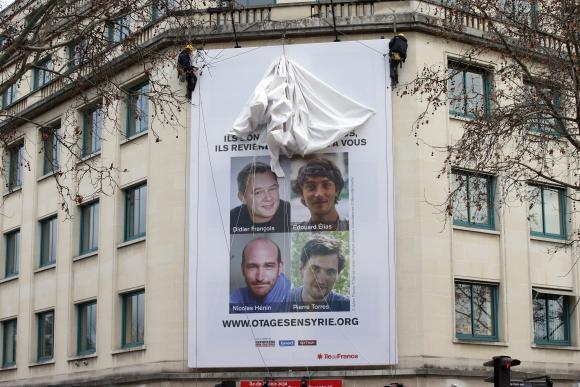 In a statement to AFP, the president said he had “learned with great relief this morning of the liberation of the four French journalists.”

Edouard Elias, Didier François, Nicolas Hénin and Pierre Torres were held hostage in Syria since June 2013. Hollande said they were “in good health despite the very challenging conditions of their captivity” and would return to France “in the coming hours.”