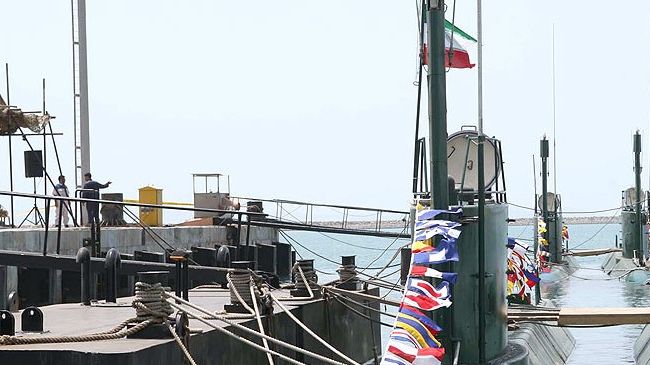 Sayyari made the remark on Friday while speaking to reporters on the sidelines of a ceremony marking the National Army Day.

He said that Iran has started building the Khalij-e Fars (Persian Gulf) destroyer, which can carry out operations in high seas and can be used to train naval staff in international missions.

He added that the construction of different types of Jamaran-class, Paykan (Arrow)-class and Bow (Kaman)-class destroyers is also underway.

The Iranian Navy put its first domestically-built destroyer, Jamaran, in the waters of the Persian Gulf in February 2010. The 1,420-ton destroyer is equipped with modern radar systems and other electronic warfare capabilities and has a top speed of up to 30 knots and a helipad. The vessel, equipped with torpedoes and modern naval cannons, also features highly advanced anti-aircraft, anti-surface and anti-subsurface missile systems.

In February, Sayyari said that the Iranian Navy attained self-sufficiency in manufacturing different destroyers, including torpedo-launching ones.