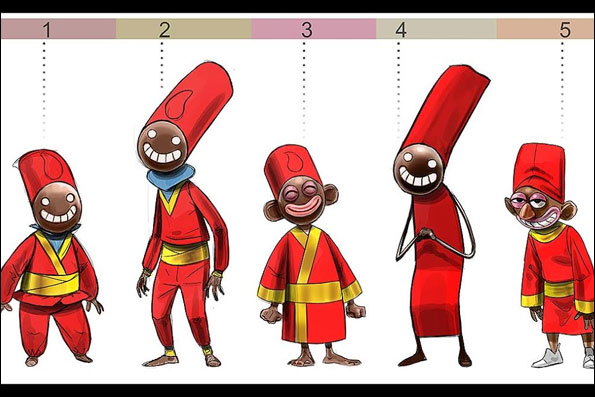 ‘Mubarak’ born to world of animation

TEHRAN, April 16 (MNA) – The director of animation series ‘The Tales of Mubarak’ has announced launching of the series to be serialized in Iran’s state TV children’s channel Pouya.

Mehdi Khorramian the director of the series told Mehr News that ‘The Tales of Mubarak’ would be produced in 26 episodes of 10 minutes each. “The work has 12 characters, with Mubarak himself as the main character,” he added.

“The character developed according to tales in Saadi’s Golestan and other poets has been updated,” Khorramian said, and that “Masoud Alamdari wrote the scenario for the series.”

He lamented the neglect by the public of this traditional Iranian puppet character. “As Mubarak has been registered as an Iranian intellectual heritage, the series sought to depict it in picture, since I believe, this character has fallen to oblivion, and nowadays children do not know Mubarak,” he said.

Khorramian also said that they opted for a puppet show in a more modern manner and which would attract the eyes of the audience. “The preliminary work lasted 2 years. Now we are designing the puppets, and probably the main work would be launched in next 2 months,” he added.

He predicted that the photography and making of the series would last a year and half.

Some of the production crew are Saeed Ghanizadeh as designer, Maryam Zeinalzadeh as puppet maker, Omid Pilaram as photography and lighting, Mohammad Heidari as décor designer, and Mehdi Khorramian as director and producer.