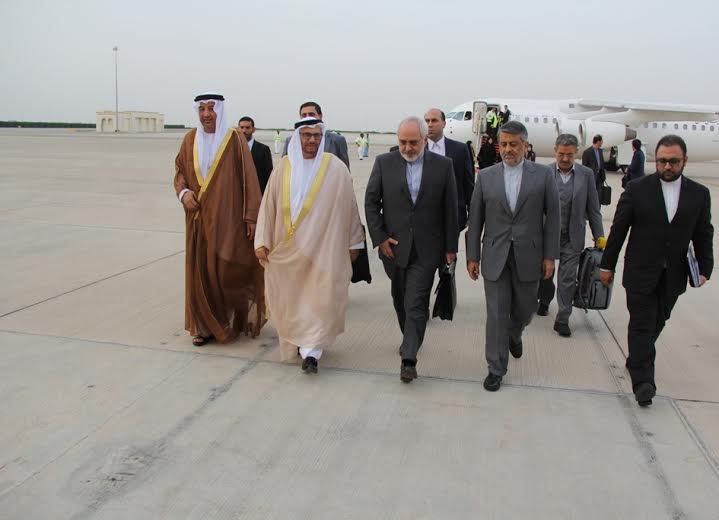 Iran’s Foreign Minister Mohammad Javad Zarif has highlighted the significance of the ties between the Islamic Republic and the Persian Gulf littoral states.

“The littoral states of the Persian Gulf – an important waterway – are of extraordinary importance to Iran,” Zarif said upon arrival in the United Arab Emirates’ capital, Abu Dhabi, on Monday.

Zarif was in the UAE to attend the second high joint commission between Iran and the UAE. The Iranian foreign minister and his Emirati counterpart Sheikh Abdullah Bin Zayed Al Nahyan will co-chair the meeting of the commission on Tuesday.

Iran has always underlined the expansion of relations with neighboring countries as an important aspect of its foreign policy and national security, Zarif said.

He described Iran as the UAE’s major economic partner, saying that grounds have been prepared for the further enhancement of cooperation between Tehran and Abu Dhabi.

The volume of non-oil trade exchanges between Iran and the Persian Gulf state reached USD 9.637 billion during the first three quarters of the last Iranian calendar year, which began on March 21, 2013.

Shortly after Zarif’s visit, the UAE foreign minister flew to Tehran, calling for an increase in bilateral cooperation.