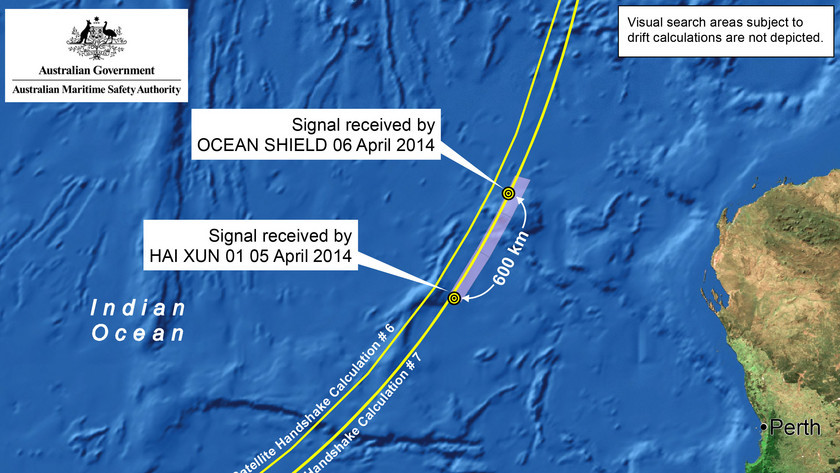 If the signals detected deep in the Indian Ocean are truly from the wreckage from Malaysia Airlines Flight 370, they ultimately will close the book on a frustrating long list of false leads in the effort to find the jet. Here are the most prominent moments in which hopes of solving the tragic aviation mystery were dashed:

March 8: Around 9:00 a.m., more than an hour after Malaysia Airlines reported the Boeing 777 missing, rumors spread on the Internet that the plane had safely landed at an airport in southern China. These quickly turn out to be baseless. Later in the day, search planes spot two long oil slicks in the South China Sea, but tests later show the oil was not from an aircraft.

March 9: Vietnam says a search plane spots objects in the South China Sea suspected to be from the plane, but they turn out to be unrelated. Malaysia’s air force chief says there were indications on military radar that the jet may have turned back from its flight path and crossed the Malay peninsula after its communications systems went off. Authorities intensify their search on the western side of the country and in the northern part of the Strait of Malacca.

March 10: Searchers spot a floating yellow object, spurring speculation it could be a life raft, but it is found to be moss-covered piece of sea trash.

March 11: News early on that two of the 239 passengers on board used stolen passports fueled speculation of terrorism. Malaysian police determined that two men who boarded the plane with stolen passports were Iranians seeking to illegally migrate to Europe and not terrorists.

March 12: A Chinese state agency releases images of three white objects floating in the sea close to the plane’s last confirmed position in the South China Sea, but Vietnamese and Malaysian searchers find nothing at the spot. Three days later, Malaysia’s prime minister says satellite data showed the plane could be anywhere on two huge arcs: a northern one stretching from Thailand up to southern Kazakhstan, and a southern one from the western tip of Indonesia’s Java Island to the southern stretches of the Indian Ocean.

March 22: A search plane spots a floating wooden pallet that appeared to be surrounded by straps of different lengths and colors, but spotters were unable to photograph it. A New Zealand military aircraft tried to find the objects for closer inspection, but found only clumps of seaweed.

March 23: A French satellite detects 122 floating objects, but search planes were unable to locate them. A day later, Malaysia’s prime minister says new analysis of the satellite data shows the plane crashed into the southern Indian Ocean, somewhere west of the city of Perth.

March 27: A Thai satellite detects about 300 objects floating in the Indian Ocean. They were never verified to be from the plane.

March 28: The Australian agency coordinating the search shifts the search area about 1,100 kilometers (680 miles) to the northeast after analysis of radar data suggested that the plane flew faster than thought and used up more fuel, thereby reducing the distance it traveled.

March 30: Malaysia’s defense minister says investigations of a flight simulator in the pilot’s home, including a check by the FBI, turned up “nothing sinister.”

April 10: An Australian aircraft picks up another possible underwater signal, but this is later found to be unrelated. The false lead came days after the Ocean Shield, an Australian ship, detected underwater “pings” on two days that were consistent with signals emitted from an aircraft’s black boxes – the first major breakthrough in the search for Flight 370.

April 11: Australia’s prime minister says authorities are now confident underwater signals are coming from the missing planes jet’s flight data recorders in an area about 4,500 meters (15,000 feet) deep. He cautions that retrieving them from the ocean floor will be very challenging.

April 14: With no signals detected for six days amid speculation the black boxes’ batteries have expired, the head of the joint search mission says an underwater submersible will be launched to scan the seafloor for remains of the plane.