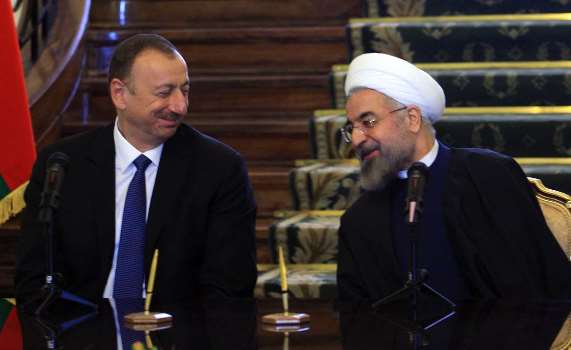 Tehran, April 9, IRNA – President Hassan Rouhani on Wednesday stressed that no change will be acceptable in regional geopolitics.

He made the remarks at a joint press conference with his visiting Azeri counterpart Ilham Aliyev.

President Aliyev arrived here this morning at the invitation of Rouhani.

President Rouhani voiced TehranPresident: Changing regional geopolitics not acceptableˈs readiness to help solve regional problems including that of the Karabakh region within the frameworks of international laws and justice.

Karabakh is a geographic region in southwestern Azerbaijan internationally recognized as part of that country. Since the end of the Nagorno-Karabakh War in 1994, representatives of the governments of Armenia and Azerbaijan have been holding peace talks mediated by the OSCE Minsk Group on the regionˈs disputed status.

ˈAll must help settle disagreements through diplomatic and peaceful ways,ˈ said the Iranian President.

It is reported that several agreements on Tehran-Baku trade and economic cooperation are to be inked by the two sides.