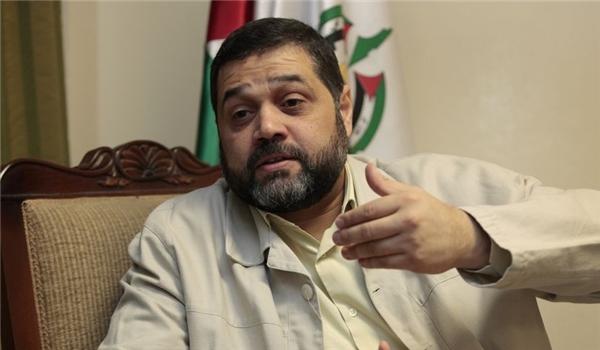 TEHRAN (FNA)- Head of the Foreign Relations Department of the Palestinian Islamic Resistance Movement (Hamas) Osama Hamdan underlined that his movement is resolved to expand mutual cooperation with Iran.

The International Quds News Agency quoted Hamdan as saying that Hamas has always enjoyed good relations with the Islamic Republic of Iran despite some differences over regional developments, particularly in Syria.

“We do not need any mediation for restoration of normal relations with Tehran, which is already on its path towards normalization,” he added.

“The Hamas movement and Iran have taken special measures and we will see many changes in these relations soon,” Al-Zahar said without elaborating any further.

The Hamas official pointed to Larijani’s statements on Hamas, and said, “This stance was predictable and expectable from the Islamic Republic of Iran, and said, “It has not surprised Hamas.”