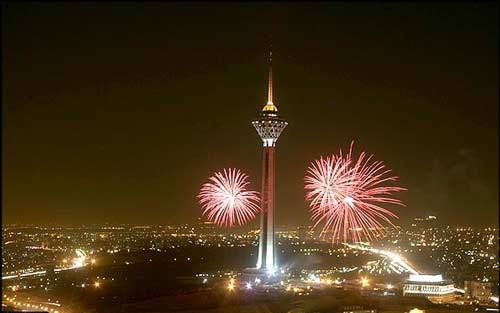 Tehran was the host of Iran at Nowruz time

According to Tehran SAMA, Shahram Gilabadi said: “Tehran Municipality made arrangements for Tehran touring during Nowruz two months prior to the New Year and three days before the New Year entered into executive space. By focusing on tourism and touring Tehran we arranged 15 half-a-day and five one-day tours at the lowest prices. Great coordination was made in different sections of Tehran Municipality in order to provide those interested in touring with the possibility to participate in the programs on the basis of the lines prepared for the purpose and by picking them in front of their houses.”

Gilabadi added: “Tehran Municipality by planting eight million tulips in the city created an eye-catching environment in the city in order to properly serve tourists. Meanwhile, numerous other efforts were made such as preparing 124 information stations and four entrance gates called the welcoming gates for the convenience of tourists.”

He added: “On the ‘Day of the Nature’ people warmly welcomed garden parks especially the newly-built ones such as Nowruz Park, Ab-o-Atash Park and Nahjulbalagha Park. However, Chitgar, the Persian Gulf and Tehran Waterfall parks were witness to the largest presence of the people. In the meantime, forest parks, garden museums such as Sacred Defense and Qasr were enthusiastically welcomed by the people.”

According to the report, during the Nowruz holidays 15 half-a-day and five daylong tours were offered at low prices to religious, historical, urban and arts sites. During the holidays Tehran Card was distributed among the people by using which citizens could enjoy 70 percent discount in visiting garden museums, 50 percent in visiting other museums and 40 percent in visiting guesthouses. Also, using BRT and Metro was free of charge with those cards.