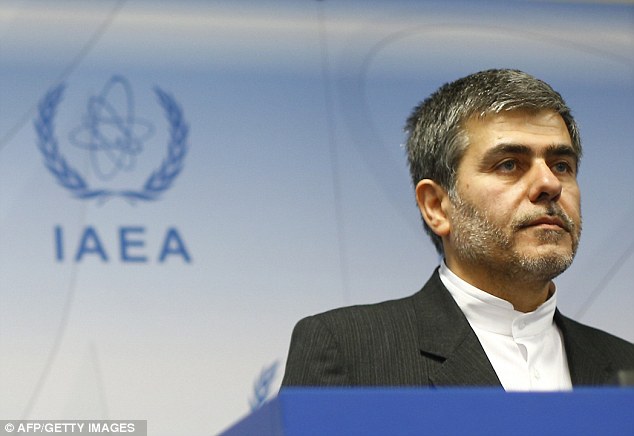 Nasim– Senior Iranian nuclear scientist Fereydoon Abbasi, who was appointed as chief of the Iranian Atomic Energy Organization in 2010 by then-president Mahmoud Ahmadinejad, has revealed new details about West’s wicked plots on Iran’s peaceful nuclear progress in an interview with Khorasan Daily.

During the interview, Abbasi argued that Stuxnet malware was not the first and last of such attacks by the US and Israel against Tehran’s nuclear program and said they have repeatedly infiltrated Iranian nuclear facilities’ supply chains in recent years.

Abbasi maintained that western espionage agencies also continuously use the IAEA reports about Iran’s nuclear activities and glean details about the program in a bid to sabotage its progress.

“The IAEA has access to all the details about uranium enrichment processes in Iran,” said Abbasi.

We have so far arrived at the conclusion that western intelligence agencies calibrate their moves based on the leaked IAEA reports and only by the reports they are able to size up the level of destruction they have exerted on our nuclear machinery and equipment.

For example, the IAEA constantly requires Iran to provide the agency with the updated Design Information Questioner (DIQ) in which Tehran gives out data about the design and progress of its nuclear facilities. The DIQ also carried intelligence such as the pieces Iran needs to progress its projects in the facilities. On the other hand, intelligence agencies, with access to the IAEA reports, trace companies that produce such pieces as mentioned in the DIQ, put them under pressure to reject Iran’s bids for the purchase of the pieces or make them booby-trap the devices, use malfunctioning materials in their construction and set up viruses in their control systems.”

The Stuxnet virus was one of the most destructive attacks carried by the US and Israel against Iran’s nuclear program. A while ago, Christian Science Monitor released an article about the virus which uncovered new details about its infiltration method into Iran’s Natanz nuclear fuel-enrichment facility.

The article well supports Professor Abbasi’s assertions about the virus and adds that there is sufficient evidence that western intelligence agencies tampered with the devices and booby-trapped them where possible.

“Spy agencies adjust their attacks based on our needs; they obstruct conventional channels to our purchases and leave open only those that they can exert full control over to transfer their modified stuff to our facilities. This is how they penetrated our electronic infrastructures, bugged on us and installed malwares like the Stuxnet. They set up the virus in the gauges we had purchased from Siemens.”

“They also booby-trapped some devices as well,” Abbasi revealed for first time.

The former IAEO chief also believes that Siemens is influenced by American and Israeli spy agencies and was involved with installation of the Stuxnet. He also underlined that the German Siemens and the British Edwards have remained in close contacts with espionage agencies.

As Abbasi noted, the West’s anti-Iran plots are wide-ranging and go much beyond Stuxnet; the original material used for making diaphragms in the imported vacuum valves were replaced with stuff that would easily wear off when faced with UF6 gas.

“They also manipulated  some electro motors we bought and added some specific boards which were covered by resin. 60 of such manipulated electro motors were sold to us. Another example I can say is the valve pupms that we wanted to buy from AEG but the intelligence services intercepted the shipment of those pumps and manipulated them.”

The large number of cyber attacks as well as technical mischief by the West compels Iran to act more warily when providing details for the IAEA through the DIQs.

“By accessing the leaked data from our reports they can tell how many centrifuges are operating in Iranian nuclear facilities and how many are about to be installed with what parts needed. Therefore, we shall prevent giving such data to the agency or delay the DIQs at least until the projects are fulfilled.”

Abbasi also said that the Islamic Republic of Iran was concerned about a military operation by the US and Israel against its nuclear
facilities based on the data Iran provides the agency with. This is why updates about new construction projects like Arak heavy-water reactor were given to the agency only after the project was surreptitiously completed.

” We had to keep it to ourselves when we intended to replace the Arak reactor vessel because it could spur westerners into reactions like making threats or assassination attempts of Iranian scientists.”

So Iran concealed the reactor vessel for a few years till the replacement operation was done.

Former head of Iran’s Atomic Energy Organization says the country had received information that there was possibility of hitting the reactor vessel by Stinger missiles.

“Deformation of the reactor vessel could make it nonstandard and the IAEA would not approve the use of it. So we tried to hide our workhouse from the enemies’ sight,” he said.

From 2010 through 2012, five key Iranian nuclear scientists were murdered. Iran has vehemently condemned the Zionist regime for the terrors while the regime has never even bothered to deny the allegations.

Araqchi, a senior member of the Iranian team of negotiators in the talks with the group of P5+1, also complained in 2012  that the IAEA’s careless handling of Iran’s secret information has caused a leak in the list of the names of Iran’s nuclear scientists and their
assassination by the Zionist regime of Israel.

Iran’s Intelligence Ministry also detected some of Mossad’s bases within the territories of one of Iran’s Western neighbors, which
provided training and logistic support to the terrorist networks.

Although Mossad has not been able to carry out its assassination attempts given the rise of security measures by Iran for its nuclear scientists, the agency still threatens to put dangers to the families of the scientists and themselves.

“They once ordered a florist to set up a bouquet with a card which carried condolences to the family of an Iranian nuclear engineer to his family outside of the Iran. The bouquet reached the engineer’s family while he was safe and sound working in one of the facilities in Iran. By such moves the mar the conditions with threats and insecurity,” Abbasi said.

“They also have access to names and contact numbers of key personnel which can be used as means for obtaining further intelligence about individuals leading to their terror and assassination. They have even faked pictures of Iranian scientists murdered being shown on Iranian national TV and sent the video to the scientists as a death warning.”