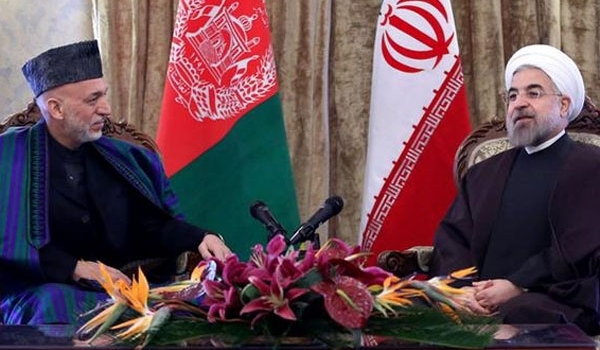 Kabul, March 27, IRNA – Iranian President Hassan Rouhani who had arrived in Kabul early on Thursday to attend Nowruz festival, left the Afghan capital for Tehran later on the day.

During his visit to Afghanistan, the Iranian president participated in a trilateral meeting of presidents of three Persian-speaking countries (Iran, Afghanistan and Tajikistan).

On the sidelines on Nowruz festival, Rouhani, also, attended a quartet meeting of the Iranian, Afghan, Tajik and Pakistani presidents during which the four presidents called for further cooperation as well as regional unity.

Many presidents, foreign ministers, senior officials and dignitaries from 11 countries had attended the Nowruz festival in Kabul.