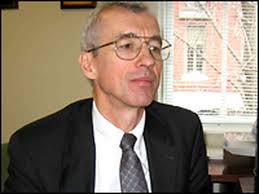 US scholar blames hardliners for any failure in Iran nuclear talks

Tehran, March 25, IRNA – The US international scholar Paul Pillar believes that the crisis over Crimea could have possible effects on the negotiations on Iranˈs nuclear program.

A senior fellow in the Center for 21st Century Security and Intelligence in the Foreign Policy program at Brookings, he wrote in an article in the National Interest that:ˈ The Russian deputy foreign minister Sergei Ryabkov raised eyebrows with a comment this week about how dealings with Iran may be an area where his government would look for possible options in responding to Western sanctions against Russia.ˈ

Noting that ˈso far there is no indication of a change in Russian policies regarding Iran,ˈhe said ˈThis is not surprising. Russia is geographically closer to Iran than are any of its negotiating partners in the Vienna talks. Putinˈs government also can openly accept that it would be in Russiaˈs interests as well as Iranˈs for the two countries to have a full and normal relationship.ˈ

ˈThose who want, for whatever reason, to keep harsh sanctions against Iran in place for now can relax. The big, debilitating sanctions involving banking and oil are still in place, and US actions have far more to do with keeping them in place than anything Russia can do unilaterally,ˈ he added.

ˈThe Treasury Department is very good at the sanctions enforcement business. It is so scarily good that even relaxations of the sanctions regime on the periphery have little practical effect because anybody who might want to take advantage of such relaxation usually has no way of moving the necessary money around if they cannot persuade any banks, fearful of being penalized by Treasury, to handle the transactions. This is probably true, for example, of a recently issued general license to permit academic exchanges between Iran and the United States.ˈ

ˈActually, some opening up of commerce with Iran, whether at the initiative of the Russians or of someone else, would probably help the negotiations at this point. What is most needed now to sustain Iranian cooperation and seriousness is not still more sanctions; if that were true we would have seen results long ago.

If the negotiations were to fail—tragically, given what has been achieved so far—it would not be because of anything the Russians, annoyed about reactions to Crimea, might do, and it wonˈt be because of a weakening of sanctions. It would be because of the efforts of hardliners elsewhere, including in the United States as well as Iran, to kill the prospects for an agreement, with the hardliners in each place playing off each other,ˈ he wrote.