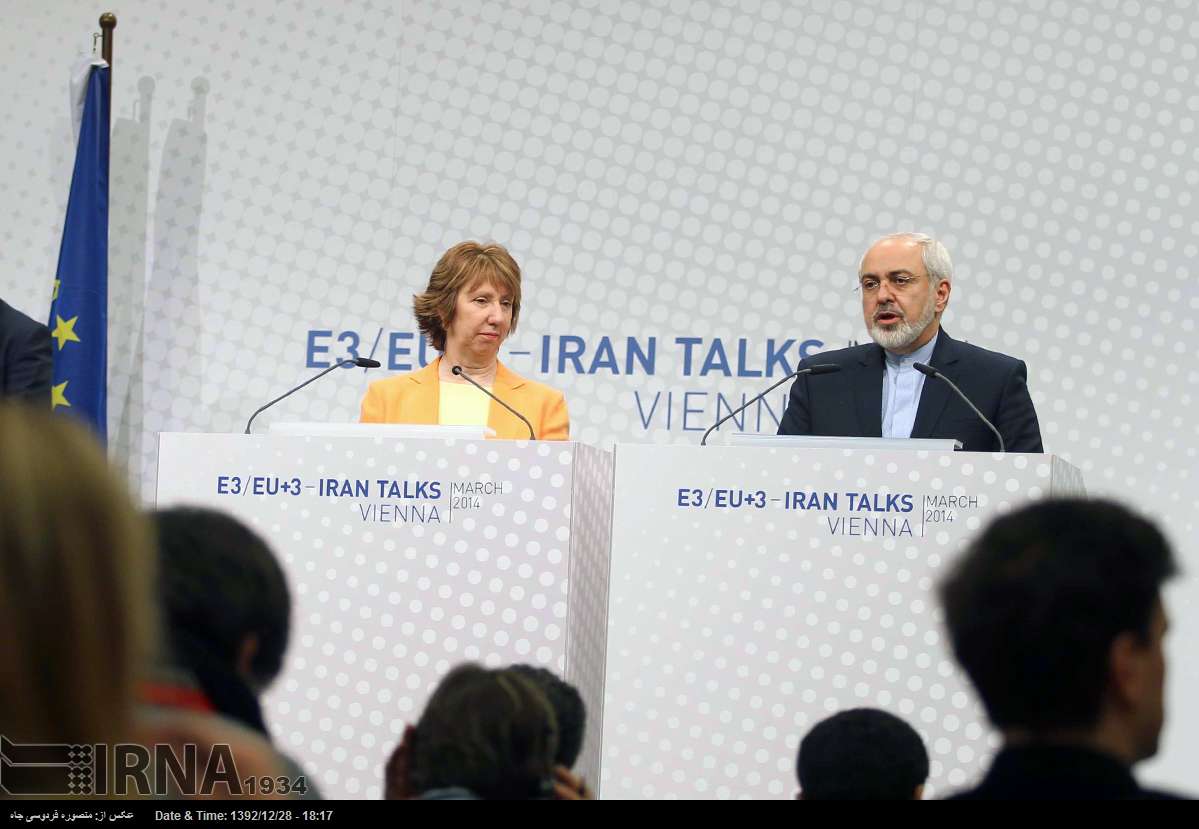 TEHRAN (Tasnim) – High Representative of the European Union for Foreign Affairs and Security Policy Catherine Ashton announced that Iran and the Group 5+1 (Russian, China, the US, Britain, France and Germany) wrapped up two days of “serious and useful” talks in Vienna.

Speaking at a joint press conference with the Iranian foreign minister and top nuclear negotiator, Mohammad Javad Zarif, at the conclusion of the latest round of nuclear talks between Iran and the Group 5+1 on Wednesday evening, Ashton said the sides held “substantive” discussions over the past two days.

She also added that the world powers and Iran have agreed to hold a new round of nuclear talks in Vienna on April 7-9.

Ashton said the seven nations held talks on March 18 and 19 in the Austrian capital on Iran’s uranium enrichment program, the country’s Arak heavy-water reactor and the western sanctions against Tehran.

Representatives from Iran and the Group 5+1 wrapped up two days of talks on Iran’s nuclear program on Wednesday.

The just-concluded talks in Vienna were aimed at studying the approaches to clinch an ultimate deal on Tehran’s peaceful nuclear program.