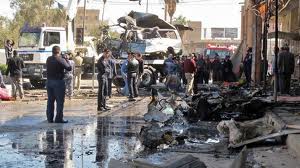 Tehran, March 18, IRNA – Head of Hajj and Pilgrimage Organization on Tuesday acknowledged about a terrorist blast in the city of Karbala, Iraq, on Tuesday afternoon and added that fortunately no Iranian pilgrim was hurt in the incident.

Saeed Ouhadi told IRNA on Tuesday evening that families of the Iranian pilgrims, who are in Karbala, should not be worried, because none of Iranian pilgrims were wounded and they are all safe and sound.

Explosion of a car bomb in Karbala on Tuesday afternoon wounded several people.