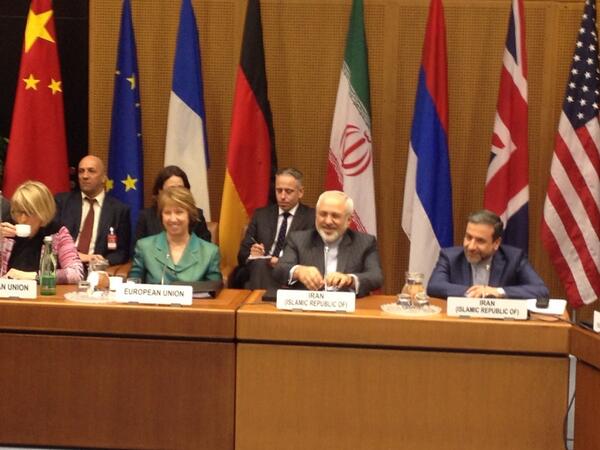 Iran and the 5+1 Powers (US, Britain, Germany, Russia, China, and France) resumed talks on a comprehensive nuclear deal in Vienna on Tuesday.

Little detail was offered on the discussions; however, Iran’s lead nuclear negotiator, Deputy Foreign Minister Abbas Araqchi, said the dates of April 7-9 has already been set for the third round of talks.

Araqchi said the negotiations on Tuesday were “long and intensive” on three unnamed topics, with a fourth being considered on Wednesday.

The spokesman for the 5+1 Powers, Michael Mann, said the meetings were “constructive”.

The European Union’s Catherine Ashton and Iranian Foreign Minister Mohammad Javad Zarif opened the talks in the morning, with Ashton’s deputy Helga Schmid and Araqchi chairing the negotiations in the afternoon.

Araqchi said the meetings were mainly for “exchanging views” to find common ground before the two sides work on a joint text.

Larijani: Nuclear Talks Must Not Touch on Human Rights in Iran

Senior judiciary official Mohammad Javad Larijani has warned that nuclear talks in Vienna must not touch on human rights in Iran, warning, “The enemies’ ploy is a vicious circle, which changes according to the political situation.”

Iranian officials have harshly criticized UN leaders, including Secretary General Ban Ki-Moon, over reports this month that challenged the Islamic Republic over issues such as executions, women’s rights, and political prisoners.

Larijani continued the campaign on Tuesday, rejecting the “3,000 accusations” of the UN Special Rapporteur on Human Rights in Iran, Ahmed Shaheed, and describing him as a “media actor”.

The Iranian official, whose brothers are Speaker of Parliament and head of the judiciary, said Tehran would continue to refuse entry to Shaheed, appointed in 2011: “His visit to Iran is not meant to be for verification purposes, but it is for propaganda; how does he want to study 3,000 allegations in just three days?”

The Supreme National Security Council has filed a complaint against MP Mahmoud Nabavian over his criticism of the interim nuclear deal.

Nabavian, a prominent critic of the Government, has denounced the nuclear negotiations in speeches at several universities. He responded to the complaint by saying that he and other critics “heavily under pressure”: “It seems (they) do not believe in freedom of speech at all.”

Senior Official: We Can Resume Enrichment of 20% Uranium in “2-3 Hours”

The spokesman of Iran’s Atomic Energy Organization has said that, if nuclear talks do not progress, Tehrancan quickly resume enrichment of uranium to 20%.

Behrouz Kamalvand said Iran had suspended the enrichment under November’s interim nuclear deal “to build trust”. However, the Islamic Republic could resume “in less than a day; two-three hours”.

Uranium enriched to 20% cannot be used for military purposes, but it may be further enhanced to more than 90%, which can fuel nuclear weapons.

Under the interim deal, which came into effect on January 20, Iran agreed to dilute its 20% stock to 5% or to convert it to fuel plates.