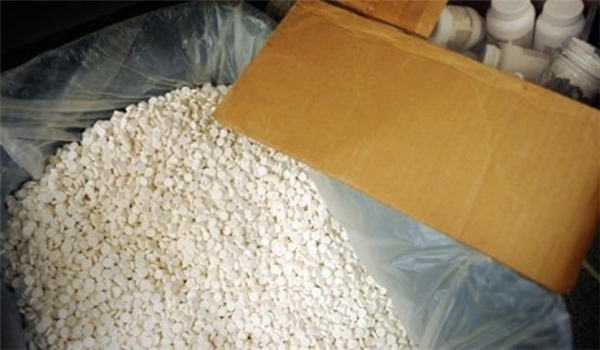 TEHRAN (FNA)- Commander of the anti-narcotics squad of Iran’s Law Enforcement Police General Ali Moayyedi announced that his forces have seized several tons of illicit drugs in the current Iranian year (will end March 20) showing a considerable rise as compared with the previous year.

“We have seized 3 tons of crystal meth in the current year, which shows a 35 percent rise in comparison with the figures of the last year,” Moayyedi said

He also announced that his forces in cooperation with the UAE police have seized a cocaine consignment from South America, and said that a Bolivian national was also arrested in this connection.

General Moayyedi pointed to the sea route used by drug-traffickers, and said, “We will try to make the sea insecure for drug traffickers as well.”