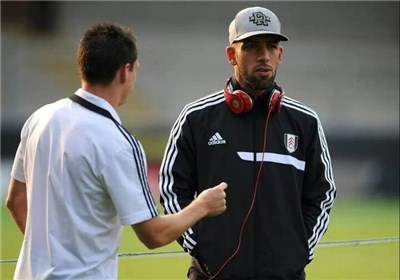 I want to work with Mourinho, Iran’s Dejagah says

TEHRAN (Tasnim) – Fulham midfielder Ashkan Dejagah said that he likes to play in Chelsea under guidance of Jose Mourinho.

The Iranian international player scored a second half winner against Newcastle on Saturday to give Fulham a vital three points in their battle against relegation.

Asked about which team he’d like to play for, Dejagah said, “Many teams in particular Premier League teams. Now, I am satisfied for being in Fulham. We will do our best to remain in the Premier League.”

“I like to play in Chelsea. Mourinho (Jose) is a great coach and I like to work with him,” he added.

As regards Iran’s matches in the 2014 World Cup, Dejagah stated, “I think all three matches in group stage are vital, but Nigeria is more important since it’s our opening match.”

“We have to take advantage of our friendly matches ahead of the World Cup,” Dejagah concluded.

Iran has been drawn in Group F of the FIFA 2014 World Cup along with Nigeria, Argentina, and Bosnia and Herzegovina.